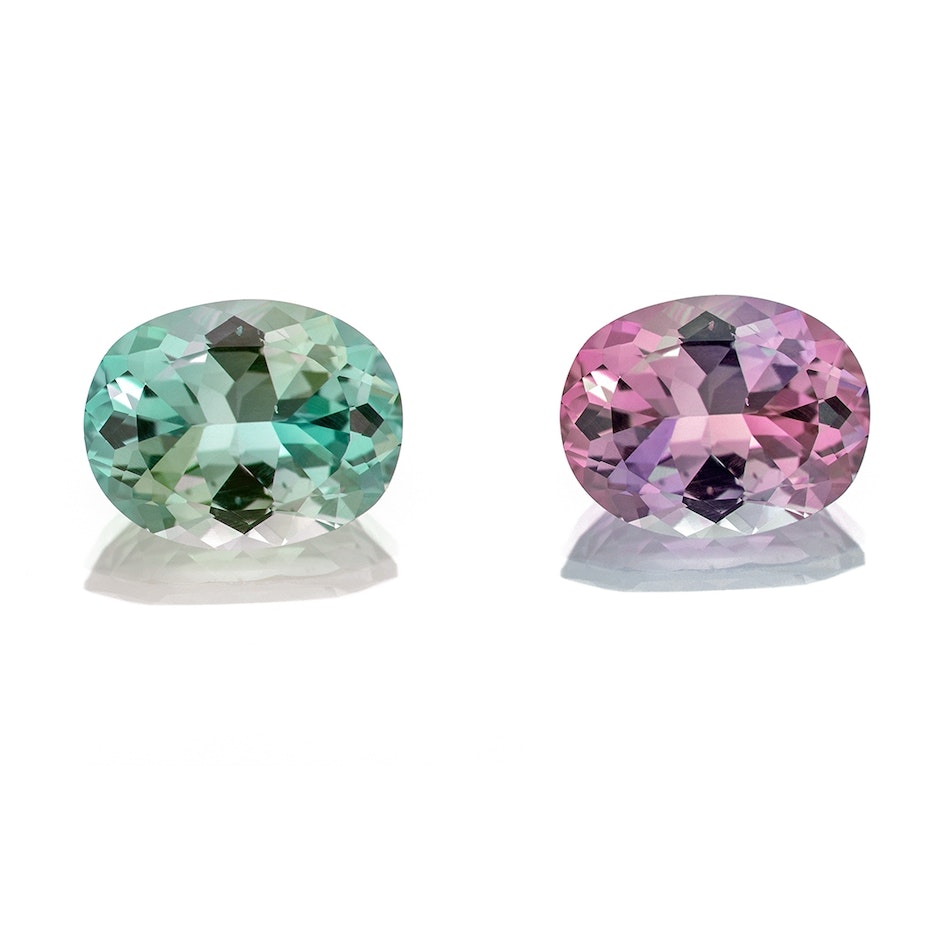 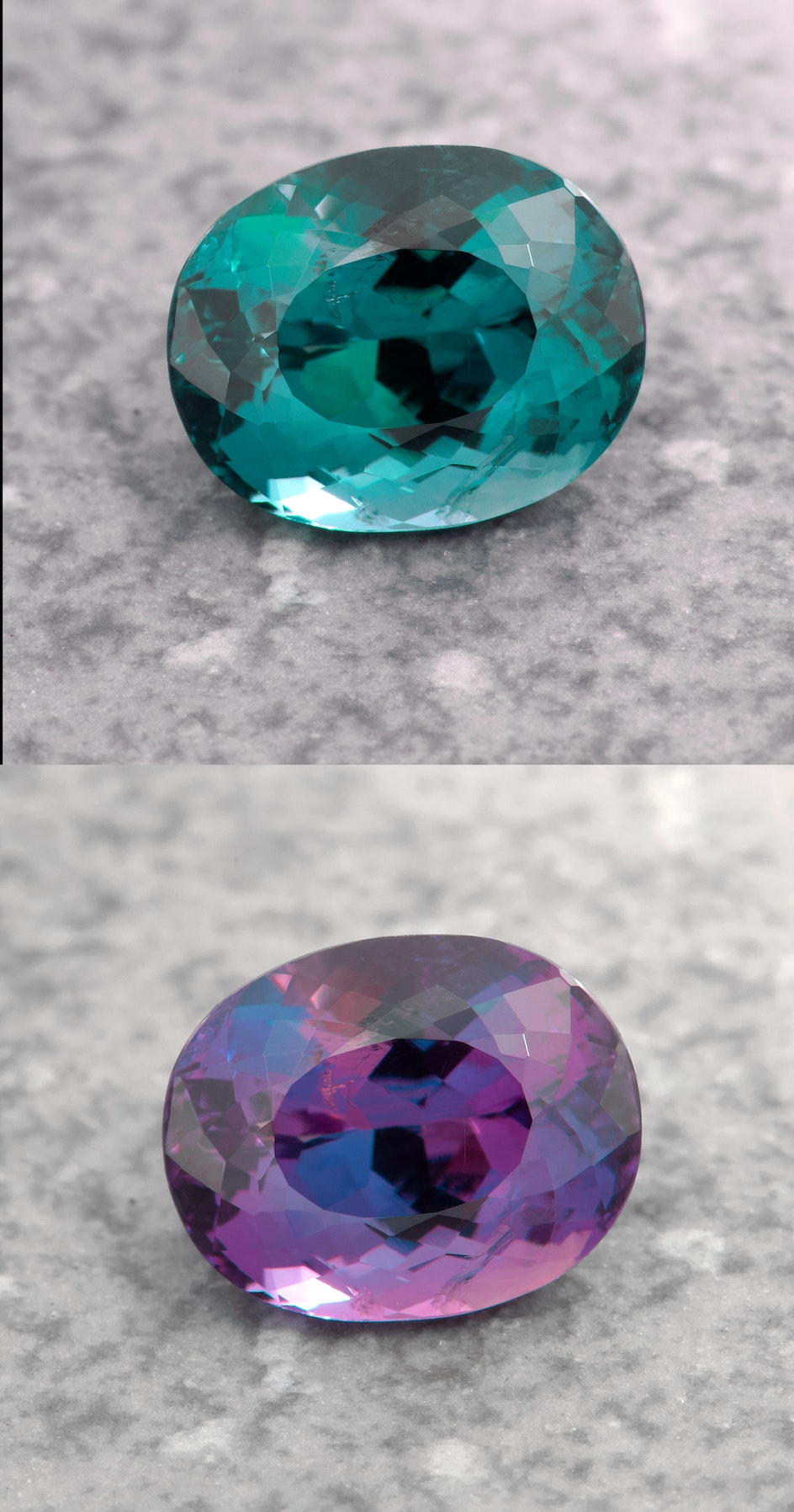 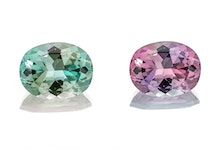 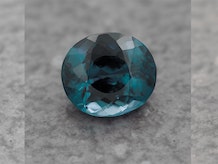 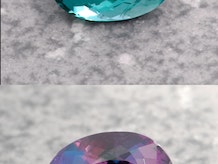 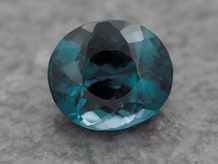 If the idea of magic delights you, alexandrite and its color-changing properties may leave you speechless. At its finest, it displays a rich, slightly blueish green color when exposed to natural (fluorescent) lighting and transforms into an intense raspberry red when in candle (incandescent) light. Poets have long revered this natural phenomenon, marrying the term, “Emerald by day, ruby by night”. Instantly reactive to light, you can observe this marvel by switching back and forth between light sources. While other gemstones may display similar effects, the transformation in alexandrite can be so visually striking that the phenomenon itself is often called, “The Alexandrite Effect”.

The original color-change gemstone, alexandrite is a rare variety of the mineral and gemstone chrysoberyl (BeAl2O4). Alexandrite gives thanks for its rarity to chromium, but trace amounts of iron, titanium, and chromium are found in alexandrite's chemical composition. These additions enable dominant amounts of green or red light to pass through the gem and back to your eye while absorbing most of the other colors in the visible spectrum of light. The color you will see in the stone depends on the wavelength of the light and therefore which hue, green or red, is most prevalent.

Alexandrite was first discovered in the early 1830s in the Ural Mountains of Russia. The green to red color change matched the colors of Imperial Russia and it was named to honor the sixteenth birthday of the future Tsar, Alexander II. Over time, the gem became symbolic of his reign and rule. While this first source of alexandrite lead to the recovery of many spectacular gemstones, the deposit was soon exhausted. Currently, alexandrite can be found in Sri Lanka, India, East Africa, and Brazil. Brazilian alexandrite exhibits the closest match in hue and color change as the idolized Russian specimens. Gems from Sri Lanka usually have a slight brown secondary. While the daylight color is easy to reproduce the change is more challenging, but is best brought about by using an open flame. When Alexandrite was first discovered there was no electric light so it would only display its red color in candlelight.

Ranking an 8.5 on the Mohs scale of mineral hardness with excellent toughness and no cleavage, alexandrite is a great choice for use in jewelry. Sharing with pearls, alexandrite is the birthstone of those born in June. It is a strongly pleochroic gem, showing green, yellow-orange, and purple-red when observed from different angles. Gem cutters must take this into consideration in order to best showcase its desired phenomenon. Fine alexandrites weighing over one carat are exceedingly rare, making it one of the most expensive gemstones in the world today.