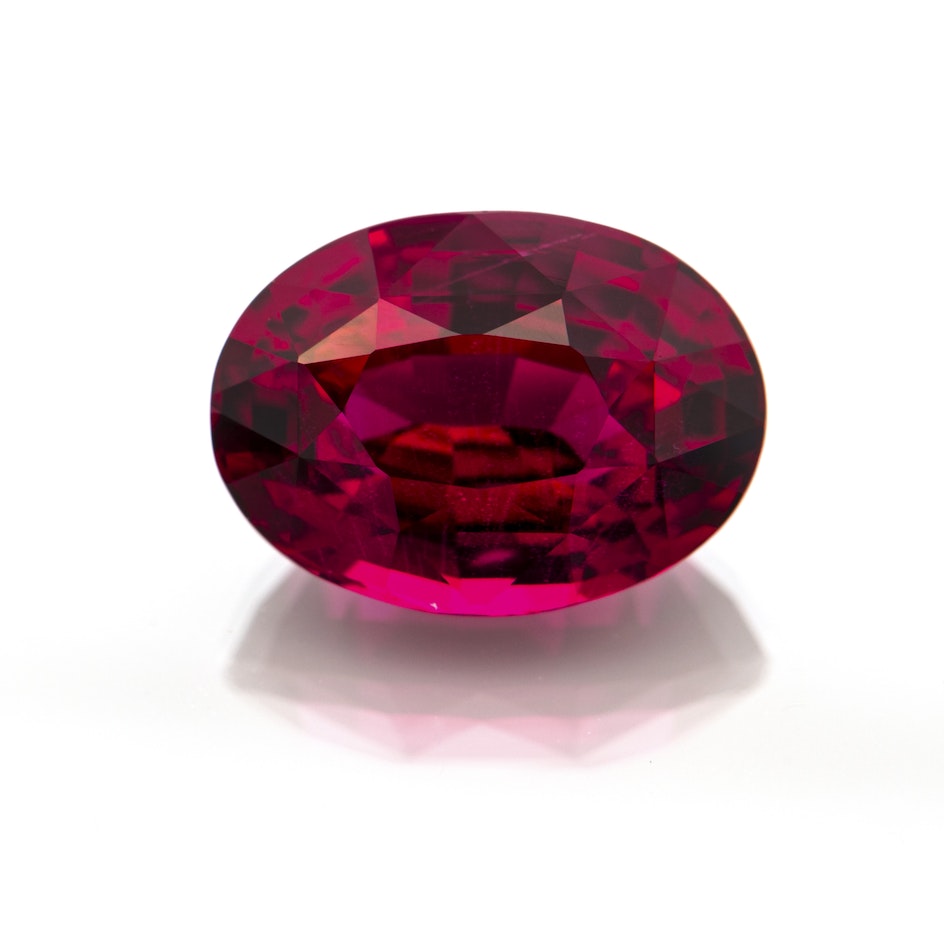 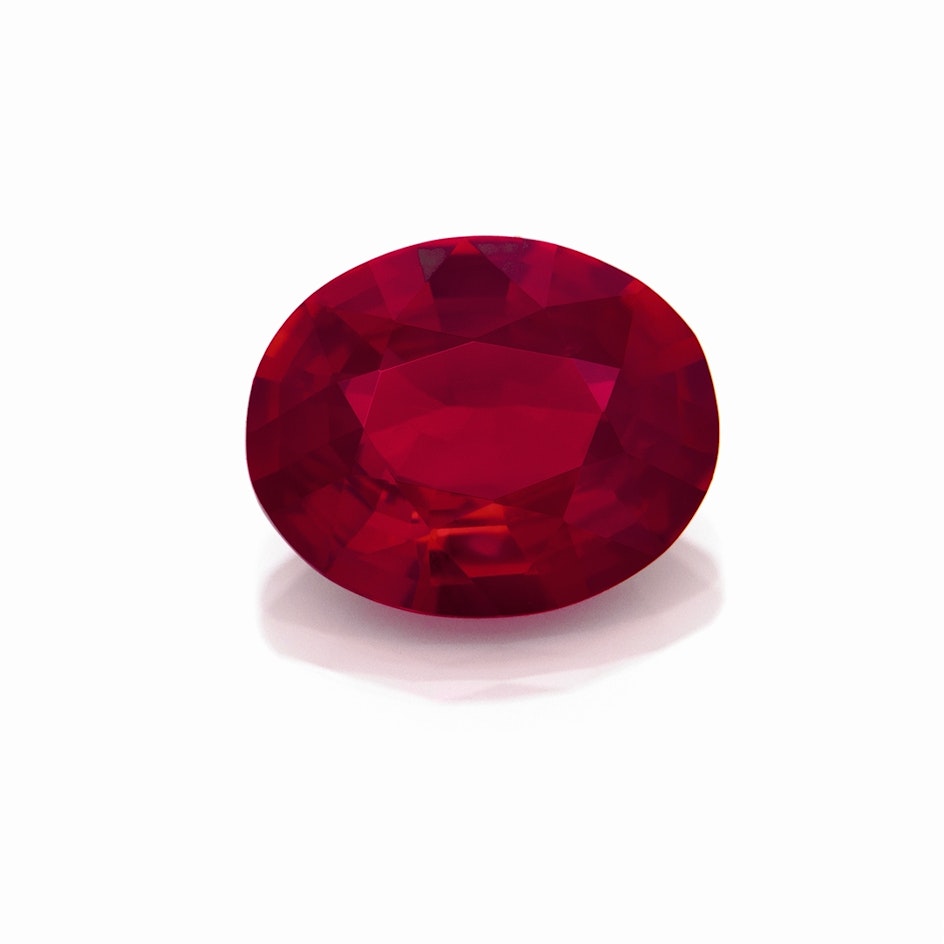 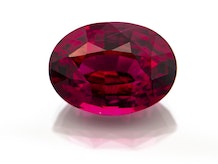 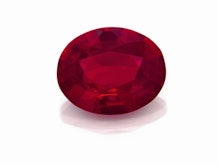 Love, hate, passion, and danger – The signals that the color red sends are never meek. Life's most impactful emotions and the depth of their stirrings can be found within the facets of ruby, which throughout history has been one of man's most coveted gemstones. At its finest, ruby displays a medium to medium dark tone of velvety, vivid red, which seems to glow in the hand. Countless stories of devotion, mystery, devastation, and joy have surrounded ruby throughout history.

Ruby is the strongly purplish-red to orangey-red variety of the gemstone and mineral, corundum. A true sister to sapphire, ruby is comprised of aluminum oxide (Al2O3) and differentiates itself from sapphire with the inclusion of chromium as a trace element. Chromium is responsible for the color and the depth of saturation within the stone as well as the intense, glowing fluorescence that ruby can emit when iron levels are low. A pleochroic gem, ruby must be oriented appropriately when cut to maximize the red seen by the eye. This preference in hue increases rough material loss and, in combination with its uncommon formation, makes fine gem quality ruby over 1 carat rare.

Ruby has been linked to man for thousands of years. Its name in ancient Sanskrit is "ratnaraj", meaning "precious stone king". Ruby is mentioned frequently in the Bible, while Hindus believed its internal, fiery glow would boil water when added to a filled pot. Marco Polo claimed that Kublai Khan attempted to exchange an entire city for one single, remarkable ruby. In the middle ages, ruby was worn to fend off the plague in Europe, while ruby trade and heists have played important roles in royal gem collections. Ruby is found throughout southern Asia and eastern Africa. Countries such as Thailand, Vietnam, Myanmar (Burma), Sri Lanka, Kenya, Tanzania, and Madagascar play important roles in ruby supply.

Ranking a 9.0 on the Mohs scale of mineral hardness makes ruby an ideal choice for setting in jewelry and can wear well in a wedding set. Ruby is the birthstone of those born in July, while Capricorns of the Zodiac claim this stone as their own. The global demand for the crimson gem has created a market for ruby of all qualities and it is a material that is commonly heat treated. Gems proven without heat or further applications command a premium. Fine, unheated rubies rank are one of the most rare gems on earth, often obtaining the highest per carat prices of any colored stones at auction or market.

For centuries Burma (Myanmar) was the uncontested source for the finest ruby, but in the past couple of decades, a very significant deposit in Mozambique has produced some extraordinarily fine clean and pure red crystals. Many in the trade believe that the ruby from Madagascar could become more sought after than that of Burma, although presently stones from Burma still fetch a significant premium, although sanctions against the military leadership of Myanmar have certainly dampened demand.