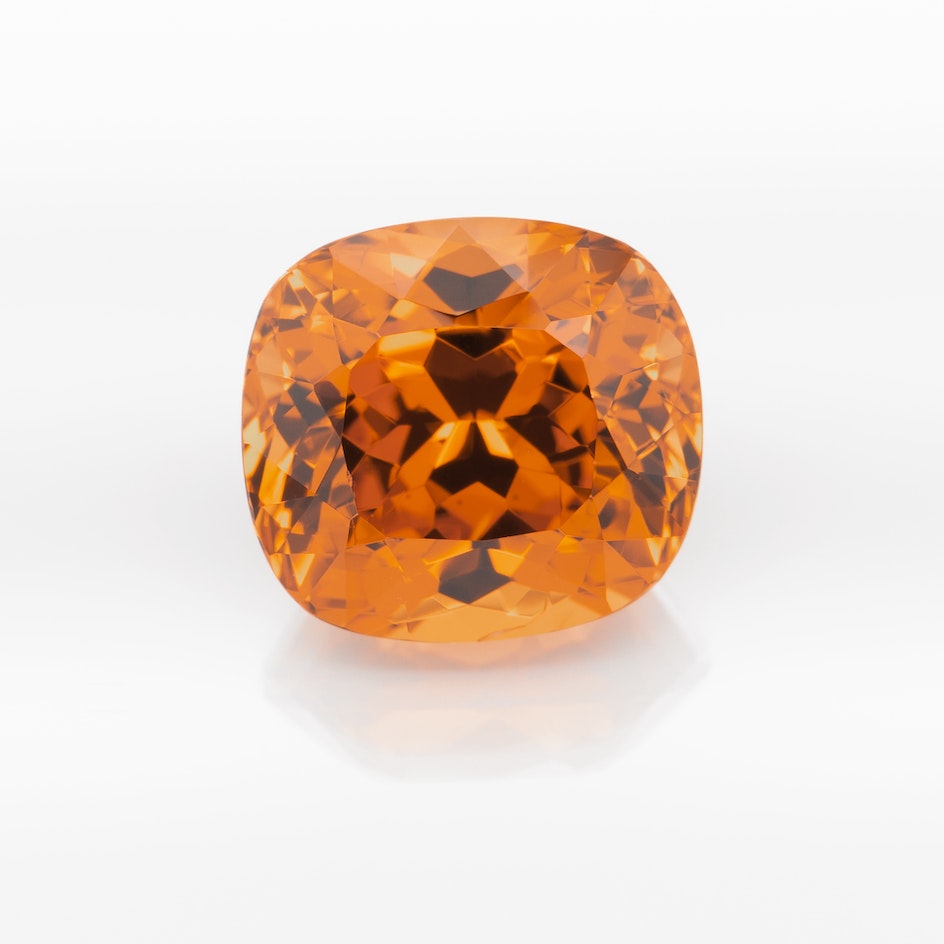 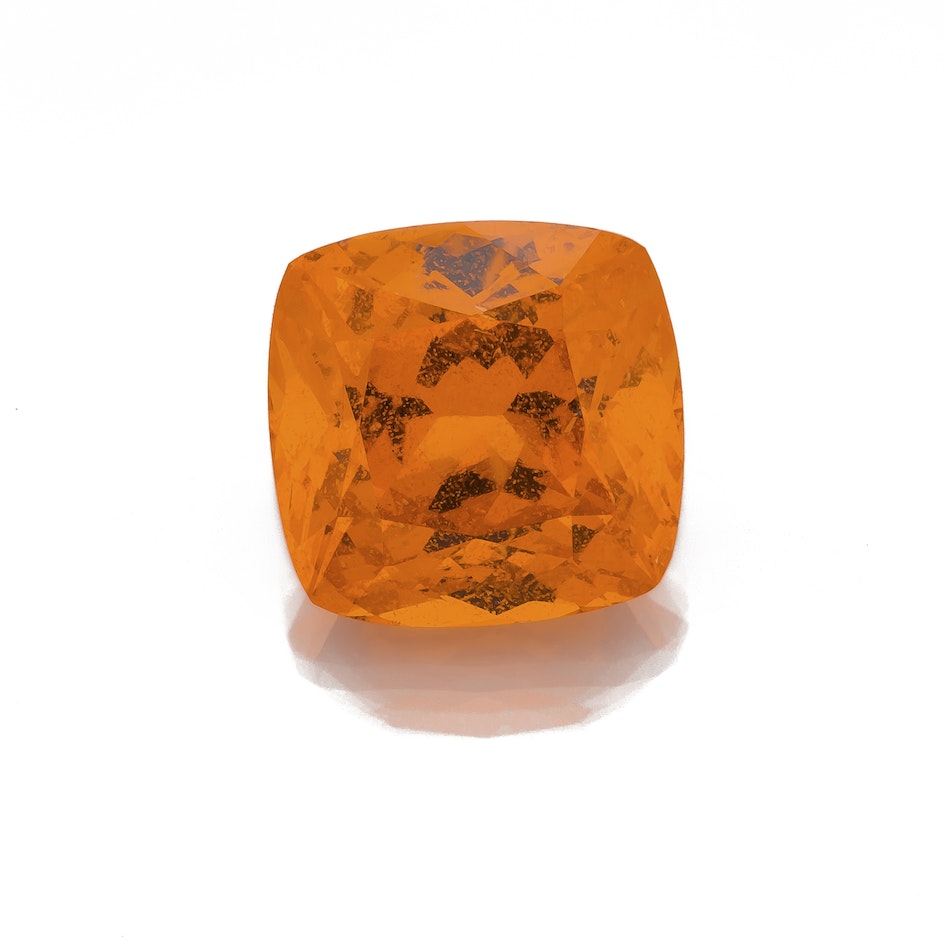 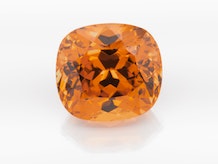 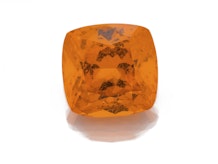 Autumn foliage has the power to take the breath away and stop a man in his tracks. The explosion of pigmented leaves, showing their last gasp of life through vibrant marigold, sweet potato, and tangerine hues, can be captured below the facet junctions of spessartite garnet. At its finest, spessartite will give a splendid show as a vividly saturated, slightly reddish-orange stone with medium, ranging to medium-dark tone. A gem with fire in its belly, the uncanny brilliance and vitreous luster of spessartite garnet leaves saffron-tinged memories dancing through your mind.

Spessartite is a species of the mineral group and gemstone garnet (Mn3Al2Si3O12). A singly refractive gem, spessartite gives man a lovely showing of intense hues. Manganese within its chemical composition reacts with trace amounts of iron, catapulting its spectral demonstration into the spicy range. Dark brownish reds, yellowish oranges, and pure, bright orange create notes of cinnamon, mango, and electric pumpkin. Spessartite often forms in pegmatites and occasionally within metamorphic rocks. Commonly inclusions will give an exclusive spin to the patterns seen through its facets. Vivid spessartite that is free of inclusions is rare and demands a premium.

The Discovery of the ember-like spessartite garnet was first recorded during the Victorian period in Virginia. In recent history, new locations in Brazil, Namibia, Tanzania, Madagascar, India, Sri Lanka, and Nigeria have produced significant supplies of spessartite, each hosting variations as eye-catching as crystallized gold.

Somewhere between a 7.0 – 7.5 on the Mohs scale of mineral hardness, spessartite is a succulent choice for use in jewelry. January babies name garnet as their birthstone, while the Zodiac's Aquarius finds it to be a strong talisman. Spessartite gleans its name from the discovery of its mineral form, spessartine, in the Spessart region of Bavaria, Germany in the mid-1800s. Commanding in its uniqueness, spessartite's natural hues and saturation grant it the privilege of being one of the few gemstones that are generally untreated.

In 1991 a particularly pure orange color of Spessartite was discovered in Namibia, giving rise to the name Mandarin Garnet because the material was the color of that fruit. In the next ten years, there was a significant deposit found in Nigeria and this material is what most people in. the jewelry trade know as Spessartite, with another deposit in Tanzania. The color of the material from Namibia is so pure that it is what should only be called Mandarin.