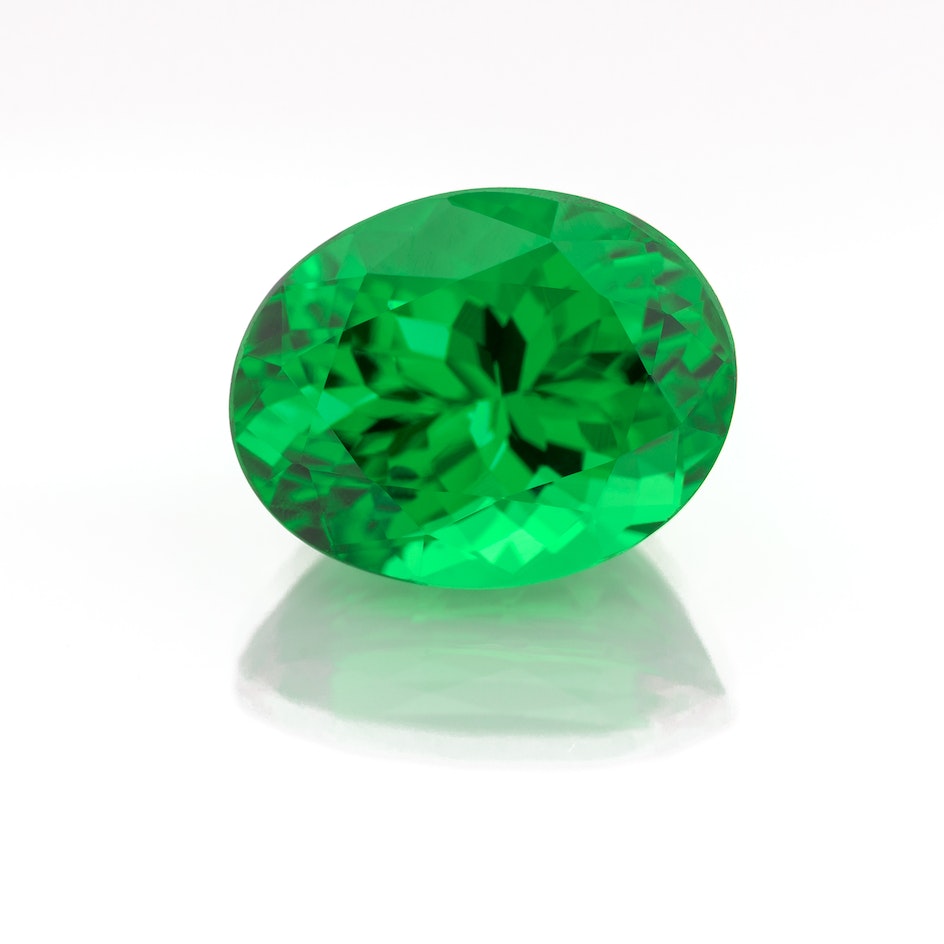 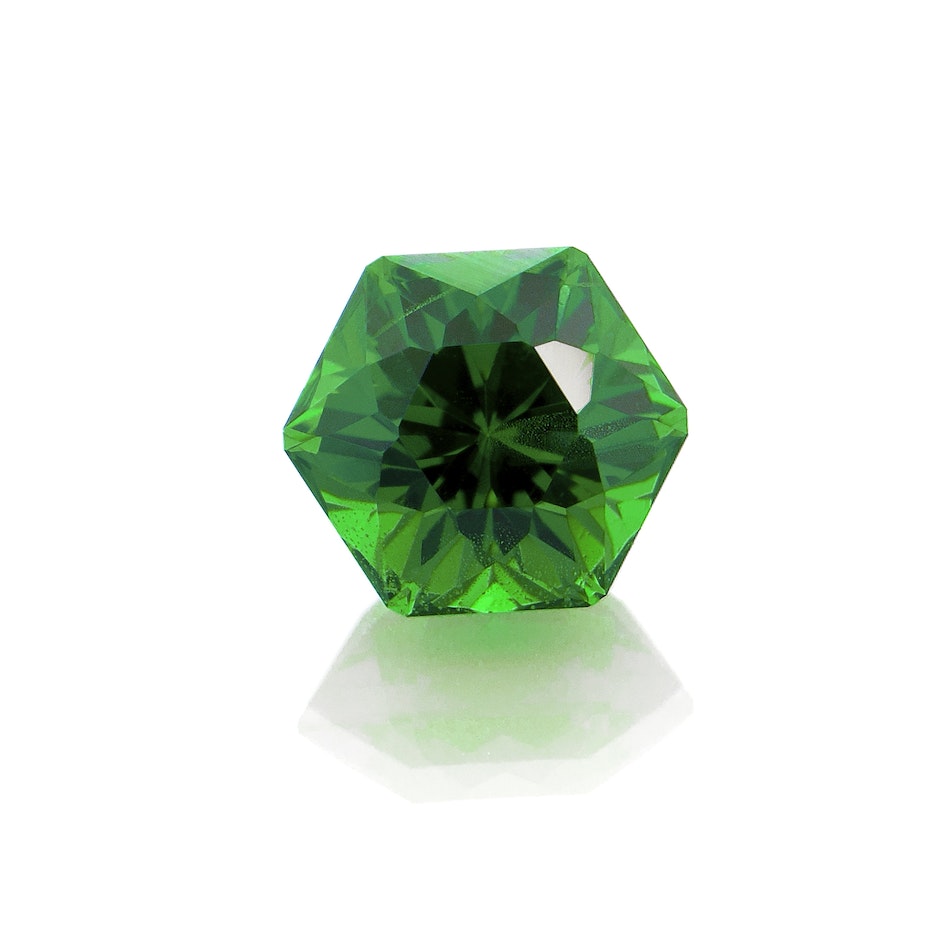 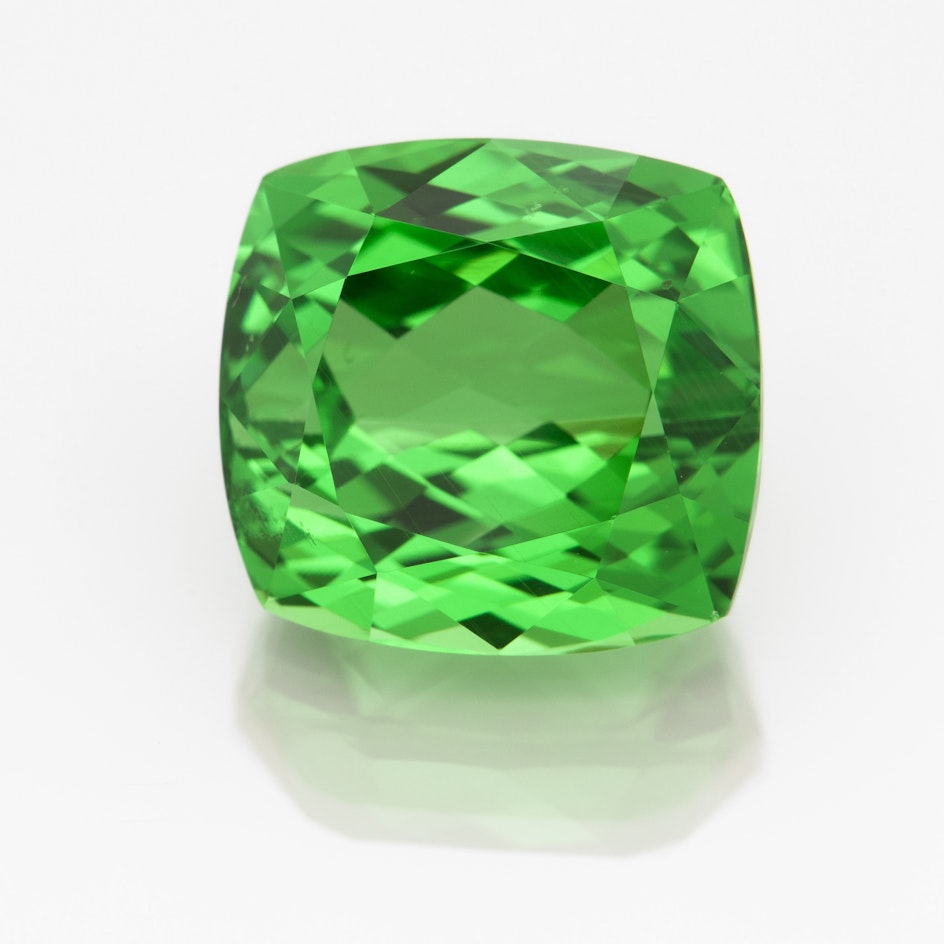 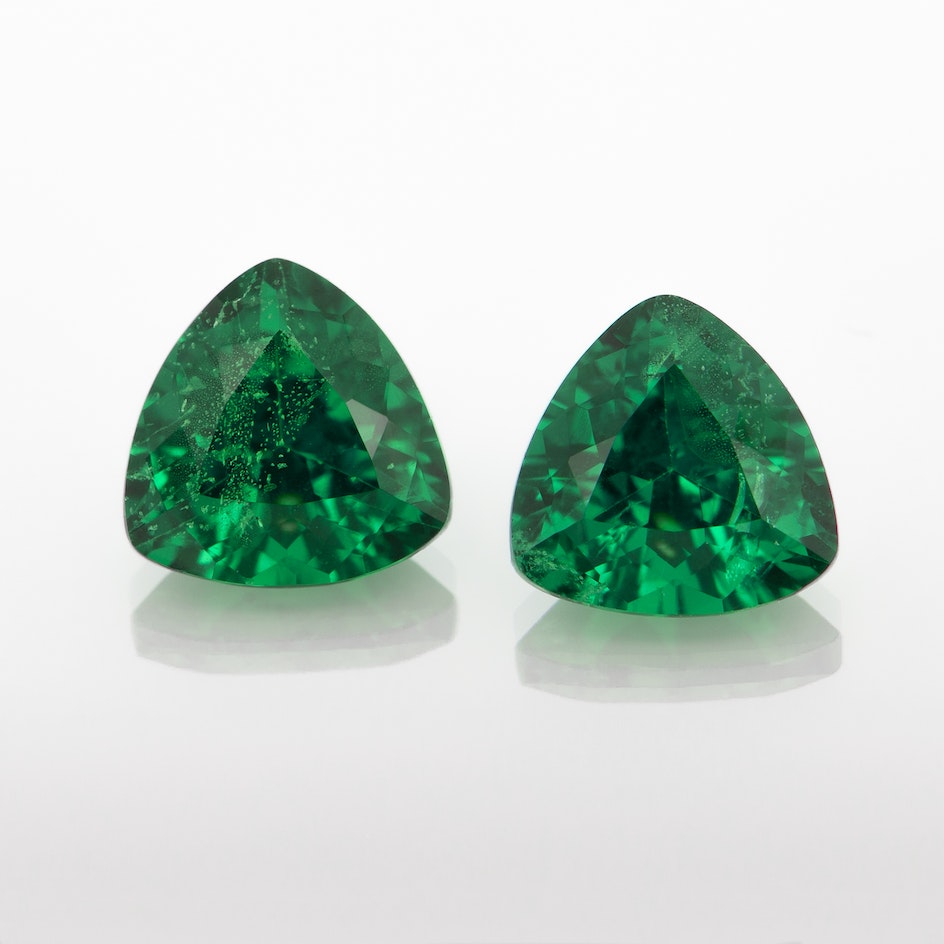 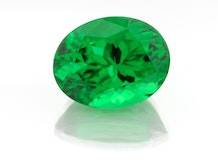 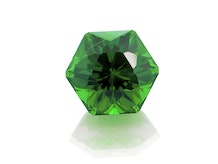 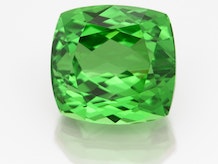 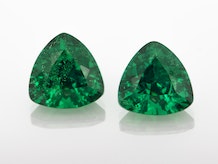 Leaves flicker across the steams of sunlight of a dense forest, illuminating the canopy below with a soft, surrounding green. Teal shadows intertwine with hints of chartreuse as the glimmering array of Earth's lucky hue brings to mind the depths of Tsavorite garnet. A color celebrated the world over for its connection with nature, Tsavorite's green whispers of jungle trails, overgrown with boughs of curiosity. At its finest, a Tsavorite reflects a brilliant, vividly twinkling green with subtle hints of blue. A gemstone discovery new to the 20th century from, East Africa, it has transformed many people's opinion of Garnets.

Tsavorite is the medium to dark-toned green form of the grossularite variety of the mineral group and gemstone, garnet (Ca3Al2Si3O12). Colored by vanadium, with occasional traces of chromium, in the form of singularly refractive crystals, Tsavorite's color translates in an undiluted fashion. Visually enhancing and contrasting its saturation, Tsavorite's striking brilliance and high levels of refraction set it apart from other green gemstones. Combined with an ability to readily disperse light, Tsavorite's fiery glow is the envy of emerald. Occurring irregularly in metamorphic rock, Tsavorite's finished size is limited by its fractured growth conditions, making gemstones of larger carat weight very rare.

Tsavorite garnet's existence was originally unearthed in Tanzania, sparking an ongoing fascination with the green pebble as it reached the gemstone market in the early 1970's. Gracing the ground just steps across Tanzania's northern border, Tsavorite gleaned its name in honor of the Tsavo National Park in Kenya. Coined by its discoverer, Campbell Bridges, in conjunction with Tiffany and Co.'s former chairman, Henry Platt, Tsavorite's rarity and notoriety quickly rendered it a fine collector's gem. With mining production still alive in Tanzania, Kenya, and Madagascar, Tsavorite graces museum halls and couture creations alike.

With a range of 7.0 – 7.5 on the Mohs scale of mineral hardness, Tsavorite is a highly fancied choice for use in lower-wear jewelry pieces. January babies can celebrate with green as their choice of garnet birthstones, while Aquarius under the zodiac holds tsavorite as a totem stone. In addition to being a coveted center stone pick, tsavorite proves a pleasurable choice in smaller, calibrated sizes and melee as it can retain even color saturation without the aid of depth. Showing in colors that can rival the finest emerald, tourmaline, or peridot, treatment is very rarely needed to bring out a tsavorite's crowning best. Prior to the discovery of Tsavorite, the only other gem green garnet was Demantoid garnet from Russia. Demantoid, with its very small production, is still mainly a collector's stone in today's market.