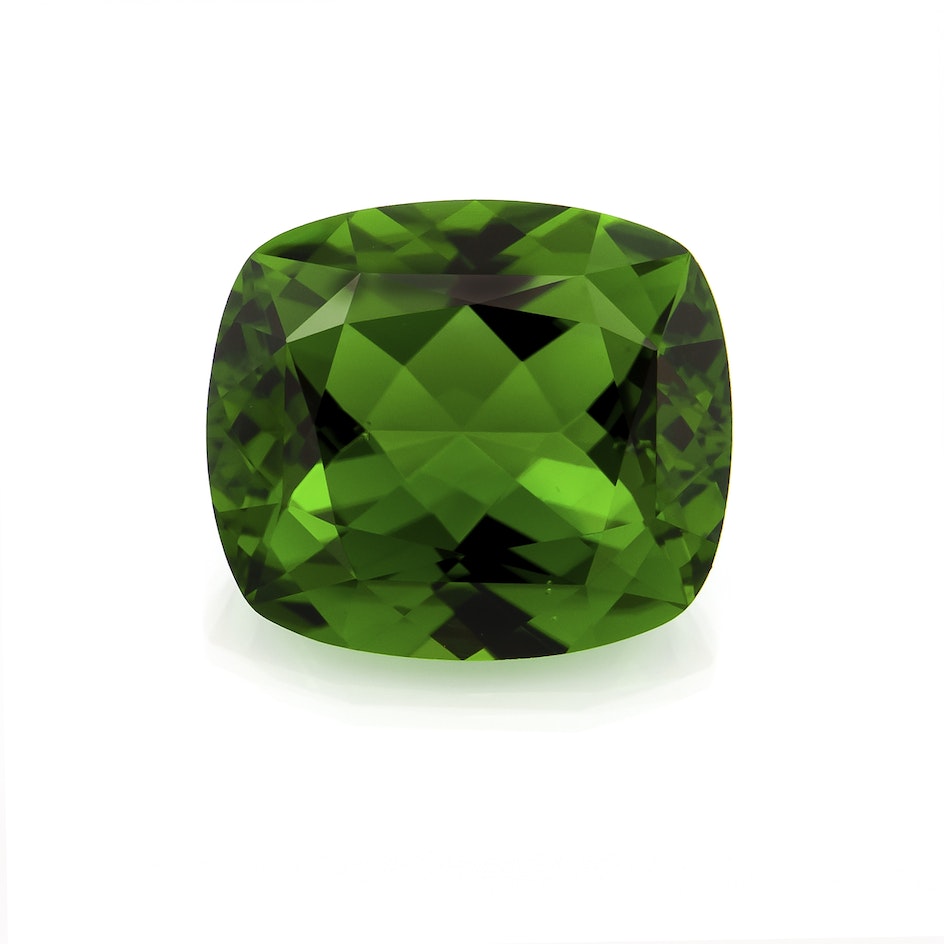 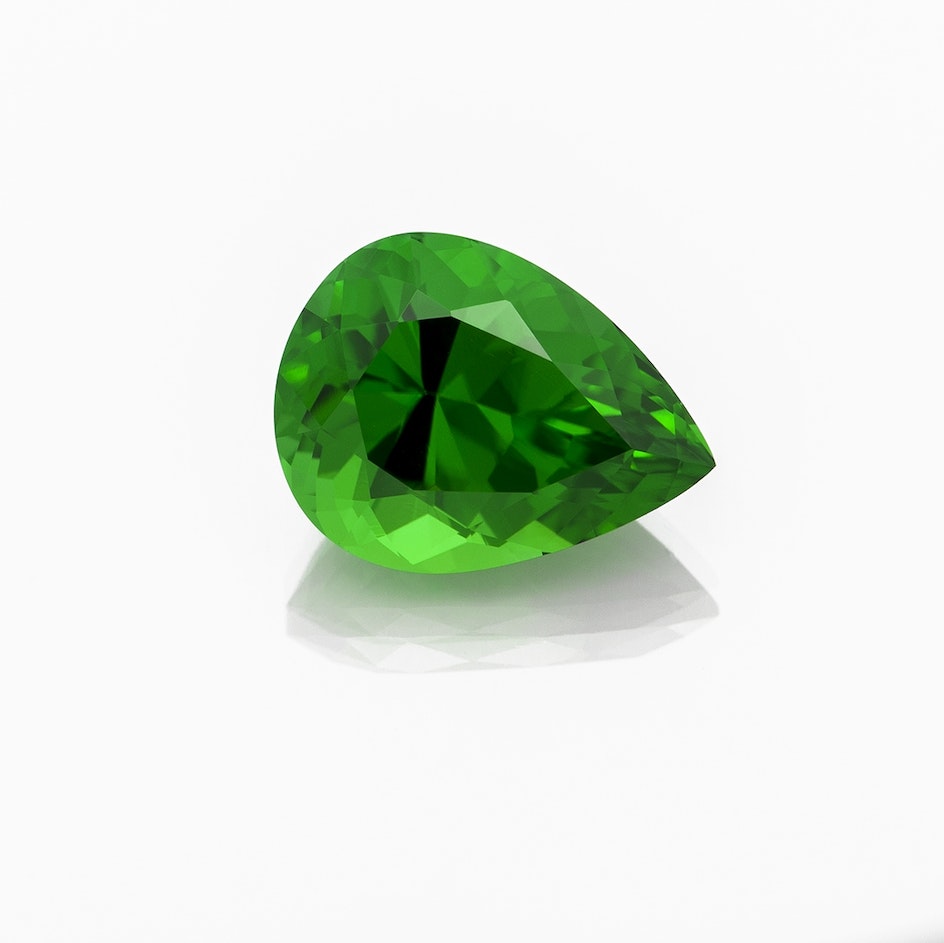 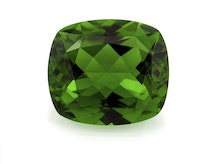 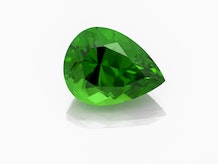 Chrome tourmaline is intense green. In spite of its name, it’s colored mostly by vanadium, the same element that colors many Brazilian and African emeralds.

Chrome Tourmaline is only found in Tanzania often mined in the same deposits that produce Tsavorite garnet. It has in the past been mistaken for Tsavorite many times but the two gemstones are very different. Chrome Tourmaline is much rarer and in general, there has never been enough material on the world market to develop enough of a demand, hence the prices have always been extremely reasonable.