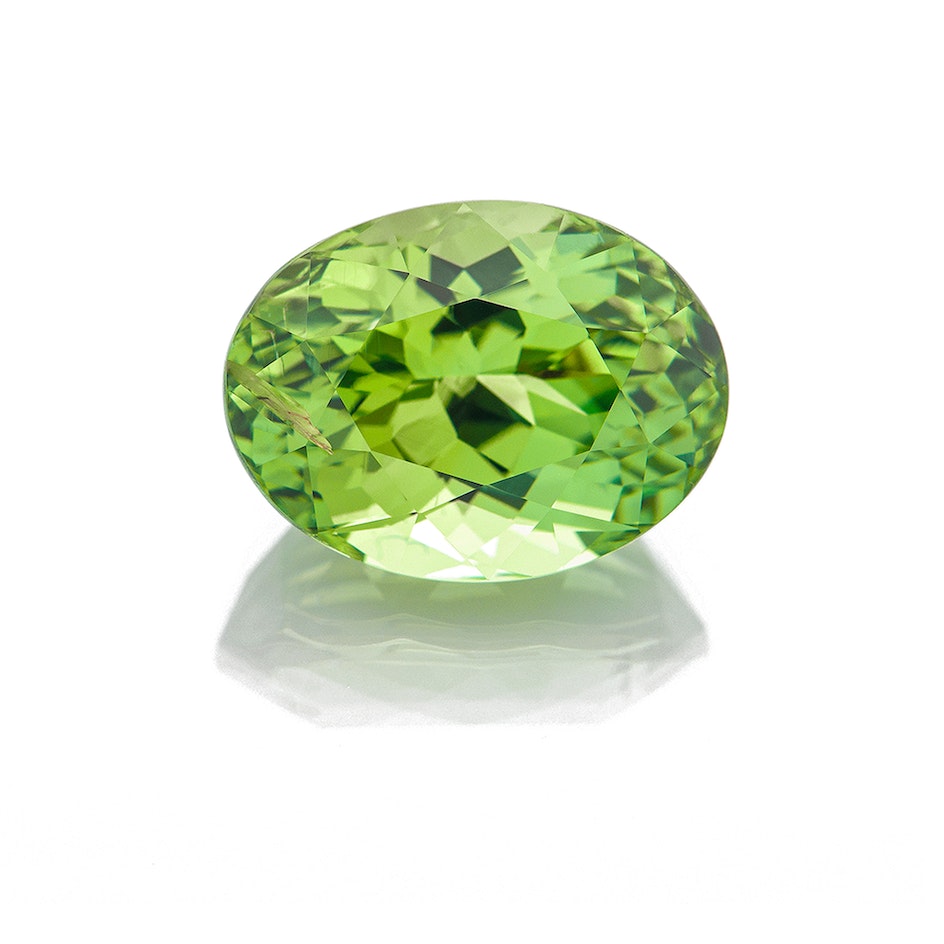 Not much is as refreshing as the tangy sweetness of kiwi or the mid-day crispness of chamomile with lemons and honey. Bright and raw, seeing a fine gem chrysoberyl for the first time is like breathing in the fresh spring air. Best known for its red-to-green color-change variety, alexandrite, chrysoberyl's ethereal beauty can also interlace gentle yellows with tart greens and browns. A stone often displaying phenomenon, chrysoberyl is known to display the world's finest examples of chatoyancy, better known by experts as “cat's-eye”. Cat's-eye chrysoberyl, along with its non-phenomenal counterparts, is one of the most well revered gems throughout the ages.

The mineral and gemstone chrysoberyl is a beryllium aluminum oxide (BeAl2O4). Its name ending is contributed to its beryllium content and is often confused as being a beryl (emerald, aquamarine, etc.), when in reality chrysoberyl is a very separate mineral. Iron is the root of chrysoberyl's yellow tinges, while vanadium plays its part in creating greenish hues. Chromium is the primary agent responsible for alexandrite's color-change properties. Cat's eye chrysoberyl translates light into eye-catching theater by bouncing light off multitudes of miniature, needle-like inclusions within its surfaces.

Chrysoberyl's first discovery by geologists was in 1789. It made various appearances through time before bolstering popularity in the Victorian and Edwardian eras. During those times, chrysoberyl's yellowish-green hues were known as “chrysolite”, but its fanfare declined as the stone became more and more scarce. Infrequently found in Sri Lanka, Brazil, Myanmar (Burma), Madagascar, and Zimbabwe, supply has been slightly reinvigorated with discoveries in India and Tanzania.

An 8.5 out of 10 on the Mohs scale of mineral hardness, chrysoberyl is a true and intriguing choice for use in jewelry. Chrysoberyl's alexandrite variety shares the spotlight with pearls as birthstone of June, while its greenish-yellow form is a lucky pebble for the Libras under the Zodiac. An extraordinary and limited gem, chrysoberyl is often imitated, but it is practically unheard of for natural crystals to see treatments. Exquisite gems over one carat become rarer every year, making chrysoberyl one of the most elusive gemstones known today.