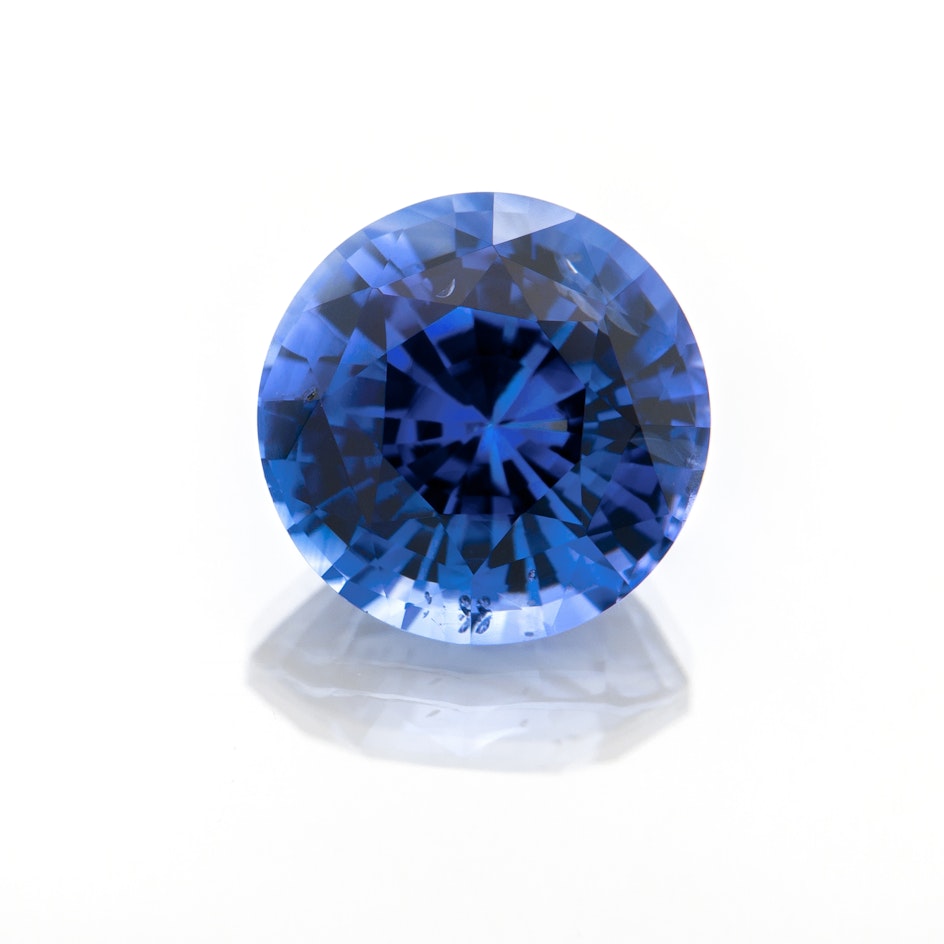 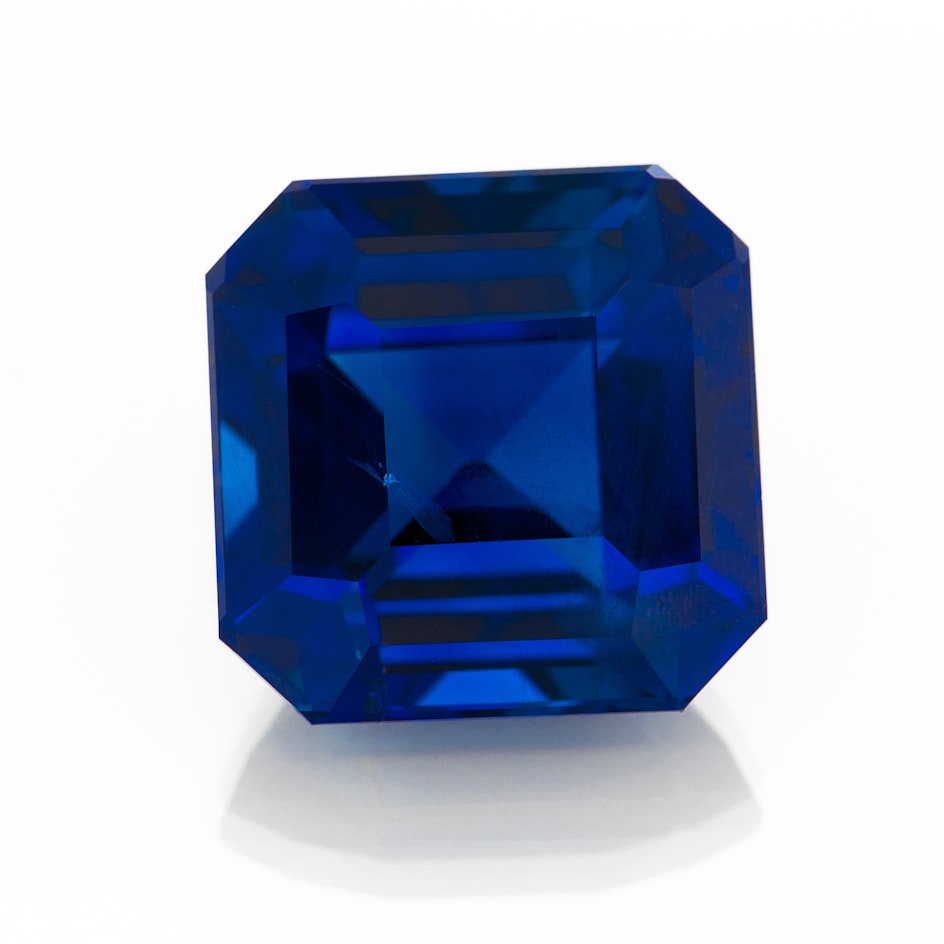 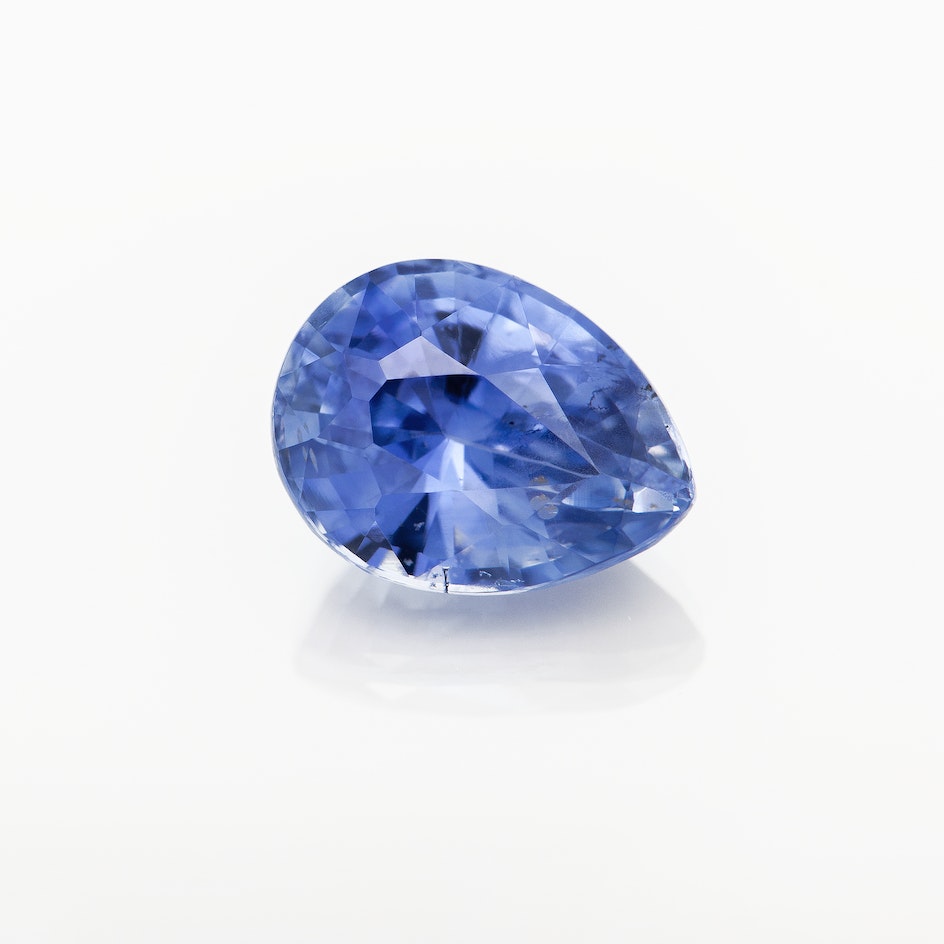 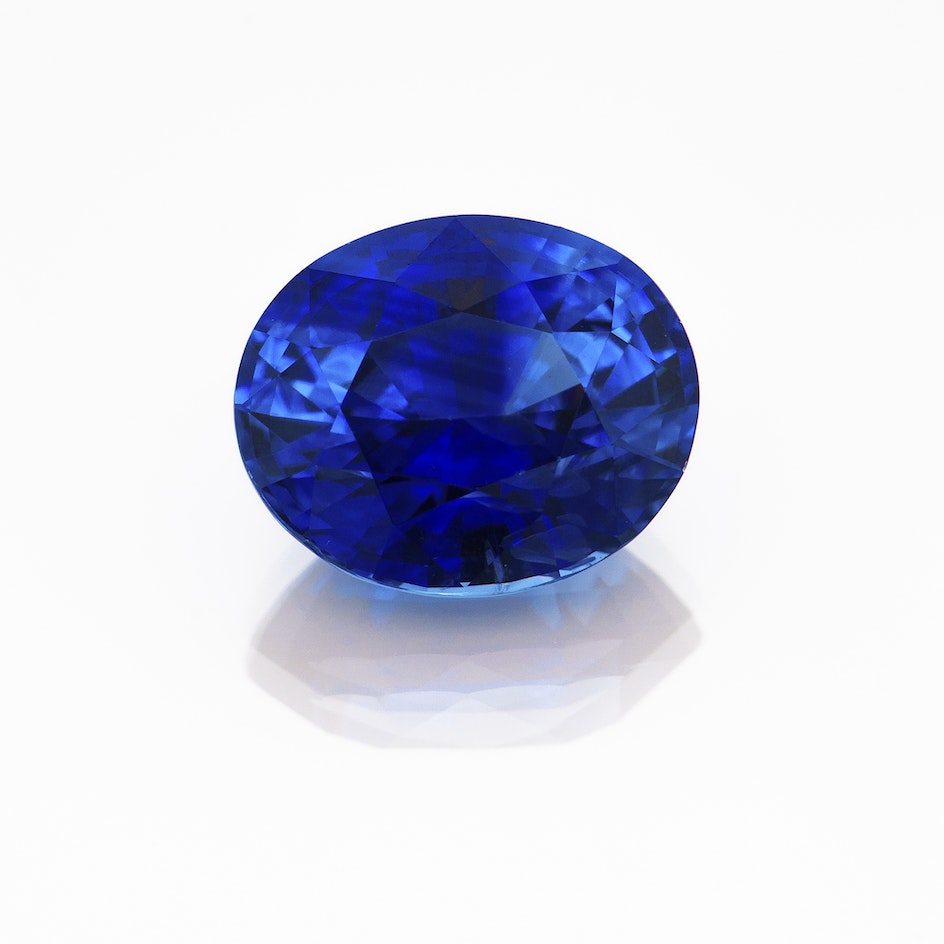 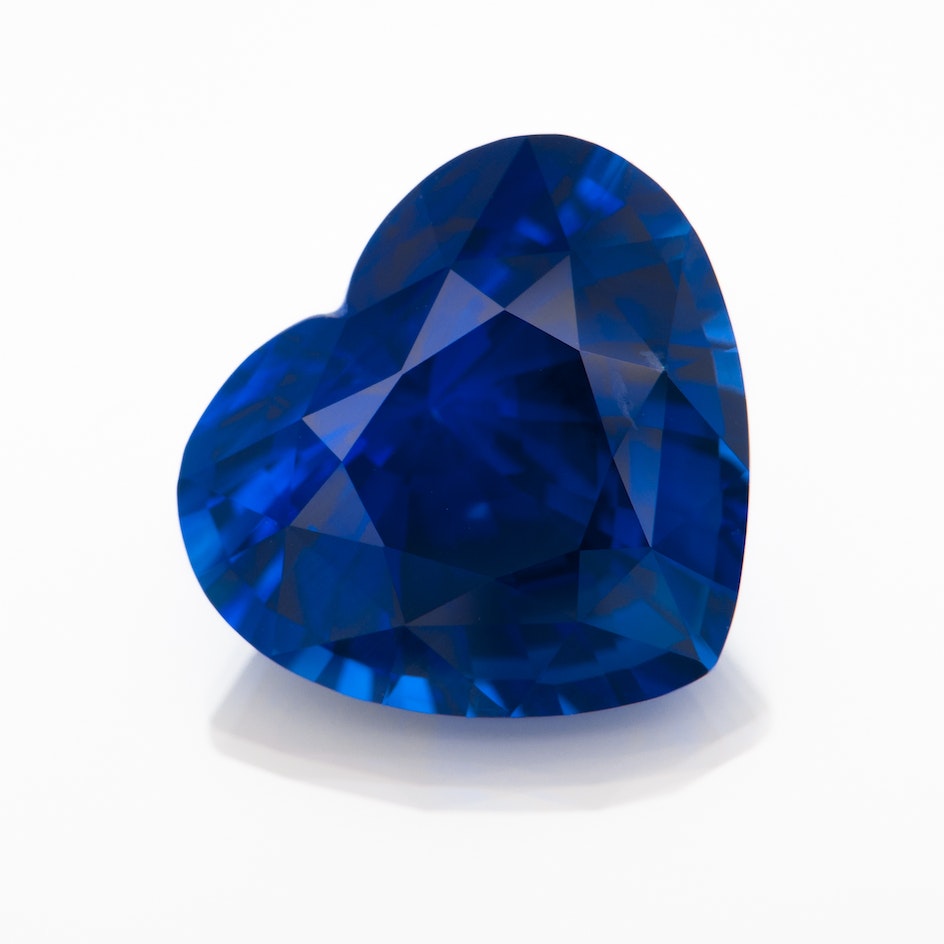 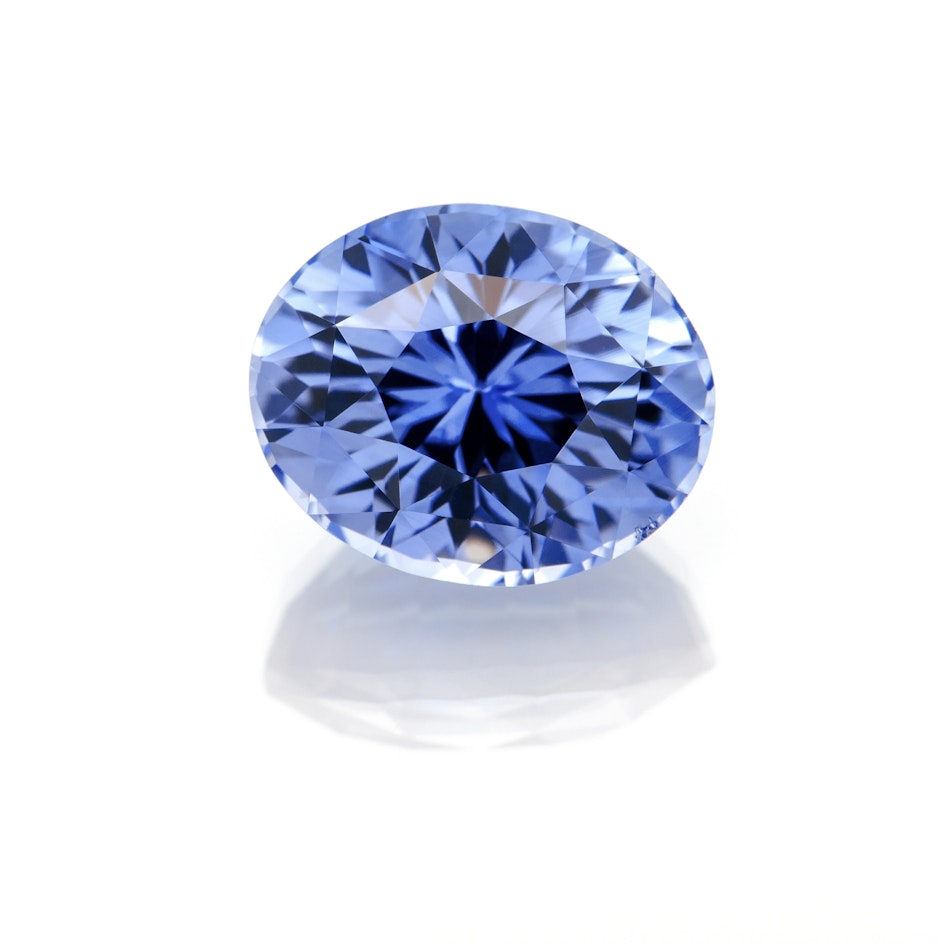 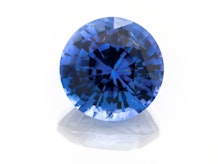 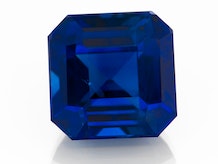 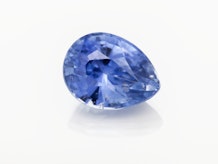 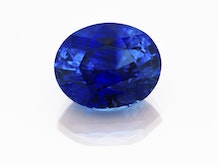 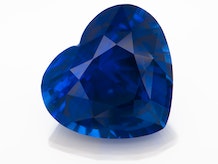 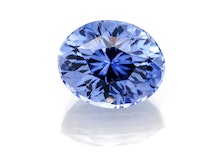 Historically blue is the color of loyalty, intelligence, and truth, blue sapphire's azure hues strike personal chords within each of us. Our instinctual affinity for the gem is documented throughout history and is probably the most recognized stone of all time. Blue sapphire is so well known that the simple term “sapphire” refers to a blue hue, leaving all other colors of the mineral with the need to differentiate. The finest examples of blue sapphire have a silky appearance that is paired with a strong to vivid saturation of blue to violetish blue.

Blue Sapphire is the violet to a very strongly greenish-blue variety of the gemstone and mineral corundum. Identical in composition to ruby, save for their included trace elements, sapphire is made of aluminum oxide (Al2O3). Titanium and iron cause its signature cool color, with the lack or abundance of iron dictating the darkness of tone. Being a pleochroic gem, sapphire shows both violetish blue and greenish blue from different angles and must be cut expertly to highlight the most desired axis of color. Color zoned material is a common characteristic in blue sapphire crystals and further complicates the ability to produce top, unobstructed shades.

The name Sapphire comes from the Persian word “safir”, which is possibly the origination of the ancient Greek interpretation of blue, “sappheiros”. The rulers of ancient Persia believed that the world rested upon the top of an enormous sapphire and that the sky's color was merely a reflection of the cobalt wonder beyond the horizon. In Medieval times, it was believed that a sapphire's color would fade with infidelity, making a crusader's return home all the sweeter when he found his wife's stone retained its saturation. There are notable examples of blue sapphire in almost every royal and private collection, perpetuating the demand for this stone. Countries such as Myanmar (Burma), Sri Lanka, Thailand, Cambodia, Australia, and the United States are significant players in sapphire supply. Most recently Madagascar has become a very significant source of sapphire, mostly being imported as rough to Sri Lanka and cut there. There is very little difference in gemological terms between these two countries' sapphire deposits since they were probably part of the same area when Gondwanaland was in existence. Famed sapphires originating from Kashmir (Pakistan) remain exhausted but are highly prized in the market. The most significant aspect of sapphires from Kashmir is the almost otherworldly silky glow that these stones in their gem quality exhibit. They look like they have been lit from inside.

Ranking a 9.0 on the Mohs scale of mineral hardness, blue sapphire, and its corundum family is the second hardest known gem material to diamond, making it an intelligent and traditional choice for jewelry. Sapphire is the birthstone of those who entered the world in September, while those under the sign of Virgo hold it dear. The desire for blue sapphire has created a vast market for its differing qualities and is a gemstone that is commonly treated. Sapphire that hasn't seen heat treatment to improve its appearance dictate higher prices per carat, with larger specimens frequently challenging world records.