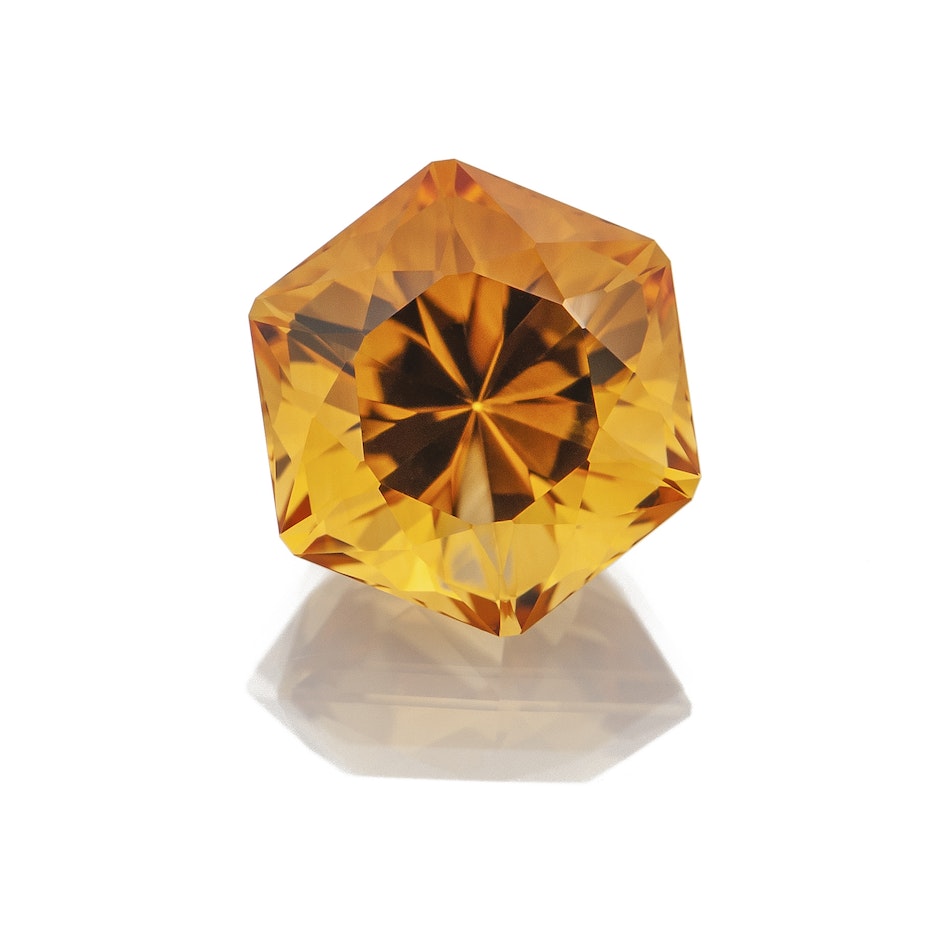 Citrus, showing the most vibrant colors of the food world, has long inspired artists and poets with its tangy hues and textures. Blood, mandarin, and navel oranges bring to mind tartly sweet encounters, much as you'll have with citrine. Its name is taken from the French word, “citron”, meaning lemon, citrine proves to be globally beloved as its juicy namesake. A variety of the mineral and gemstone quartz, citrine possesses a body color that can range from faint yellow all the way to deep, reddish-orange. The warm, welcoming yellow hue of “Golden” citrine and the dusky, earthen-orange of “Palmeira” citrine capture the beauty of autumn. The spicy flashes of cinnamon red inherent to “Madeira”, named after the popular wine of medieval times citrine have long been considered the premium color.treatment

Citrine's toasty tinges are attributed to iron within quartz's chemical makeup (SiO2). Citrine has been found and documented in nature throughout history in pale to moderately saturated yellows. In modern times, it's commonly brought to market through the use of permanent heat applications. Typically heat treated from the brownish smokey quartz or amethyst, citrine in deeply saturated tones is commonly heated right at the mining site. Like other quartz varieties, color centers within its crystal structure create concentrations of saturation that provide a gateway to an array of color tones after cutting. Gem quality citrine that is free of all visible color zoning is not common.

Naturally forming citrine has been found all around the world, though it's very rare today. Discoveries have been made in the Ural Mountains of Russia, Madagascar, Kazakhstan, and elsewhere. Today, most citrine on the market is mined as amethyst or smokey quartz from Brazil and Uruguay. There, geodes are discovered with large, delicately grown crystals inside, allowing for larger cut gems to be cut from the production.

Scoring a 7.0 on the Mohs scale of mineral hardness, citrine is widely used as a gemstone in jewelry and can be acquired relatively inexpensively. Those born during the harvest of November have the option of wearing citrine or topaz as a birthstone, while it's associated with those under the astrological sign of Gemini. Ancient lore notes that citrine was worn as a protectant against the venom of snakes and from letting your thoughts stray to evil. Culturally, it has been pegged as a merchant's stone due to a long lineage of the rumor that work-related prosperity would come to the wearer.