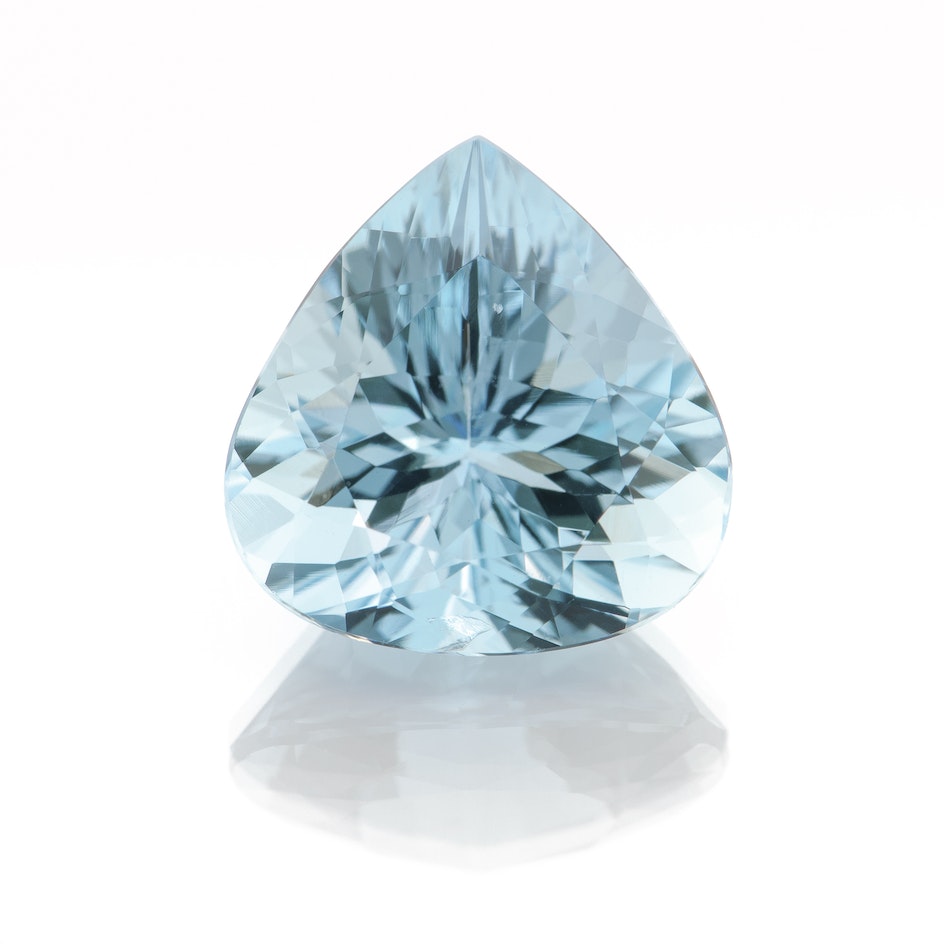 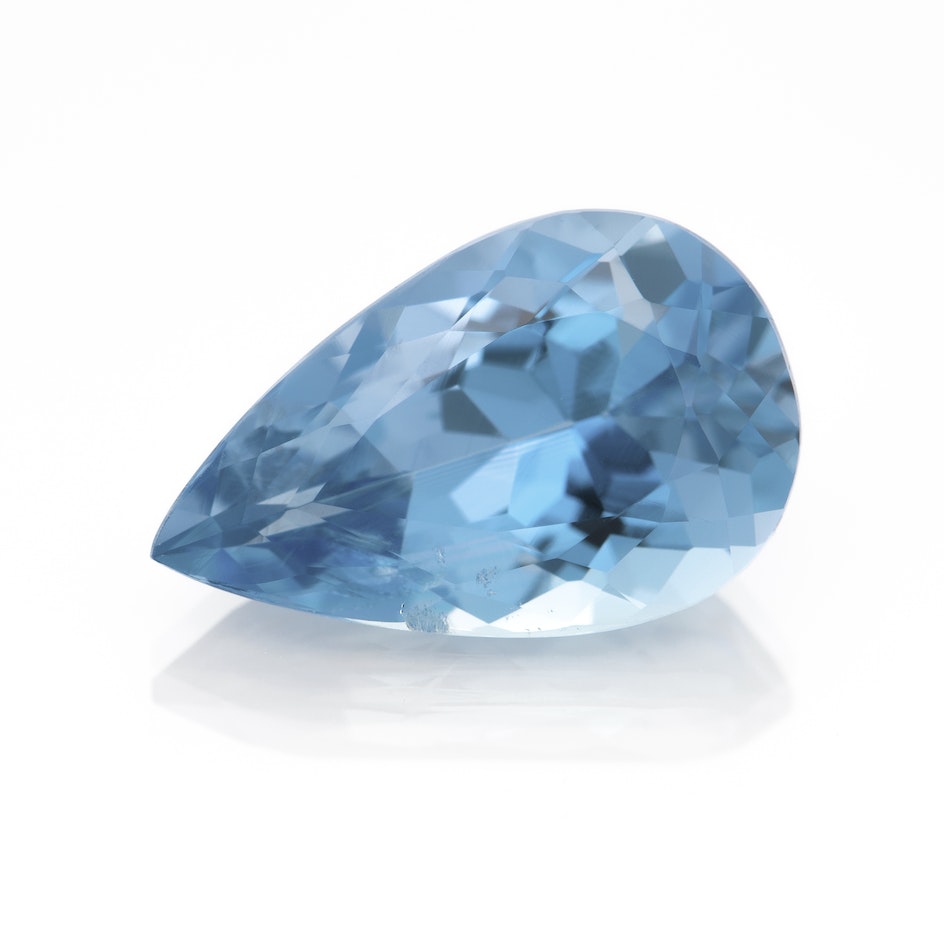 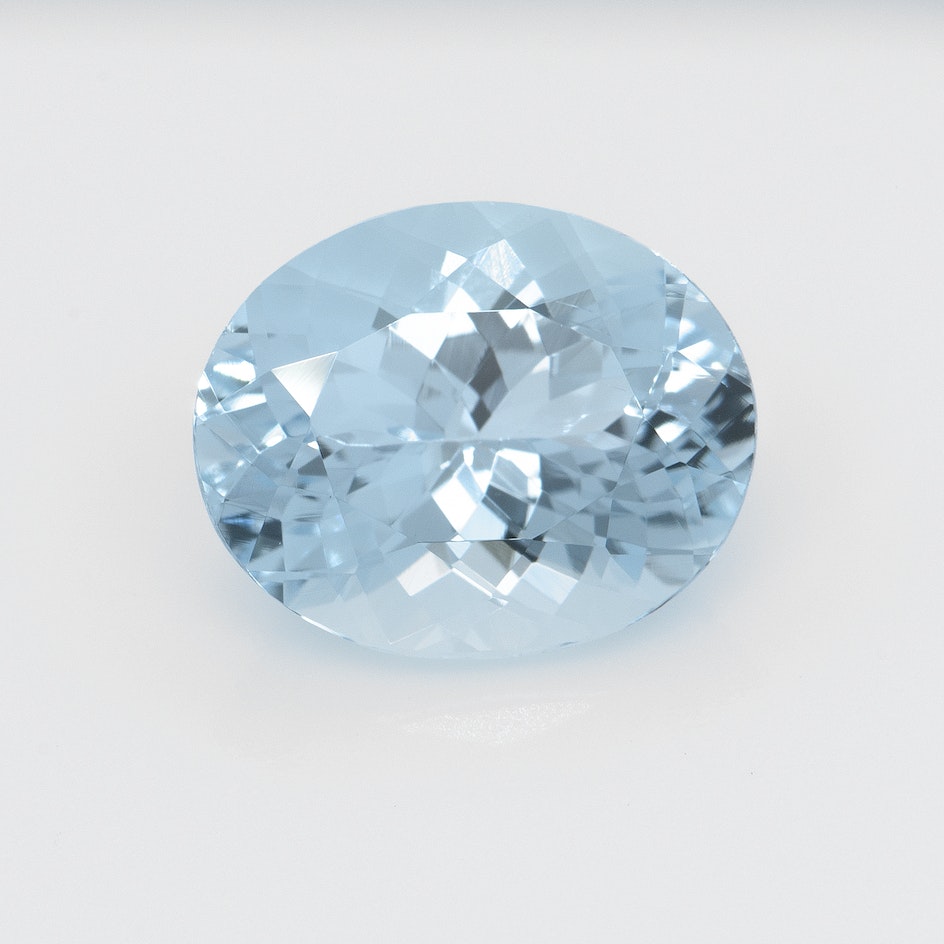 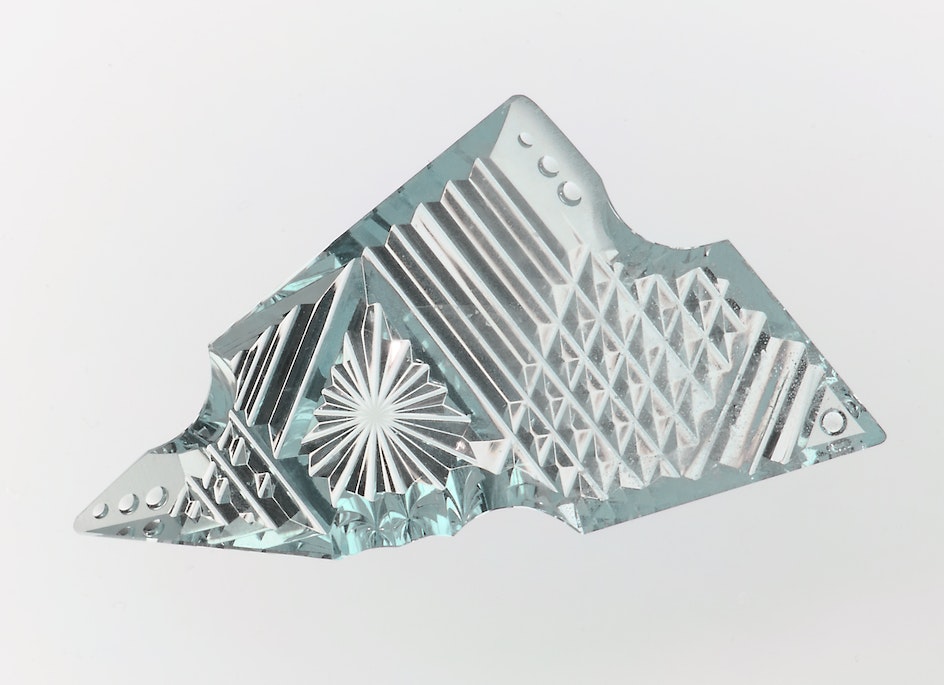 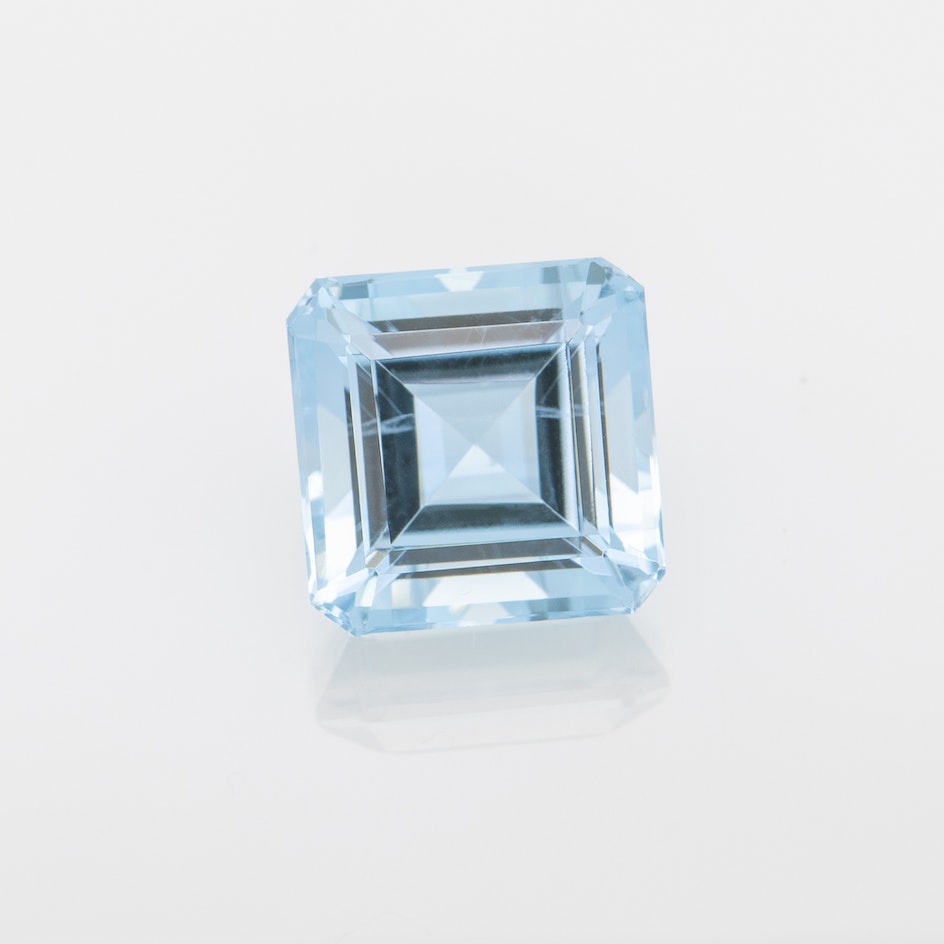 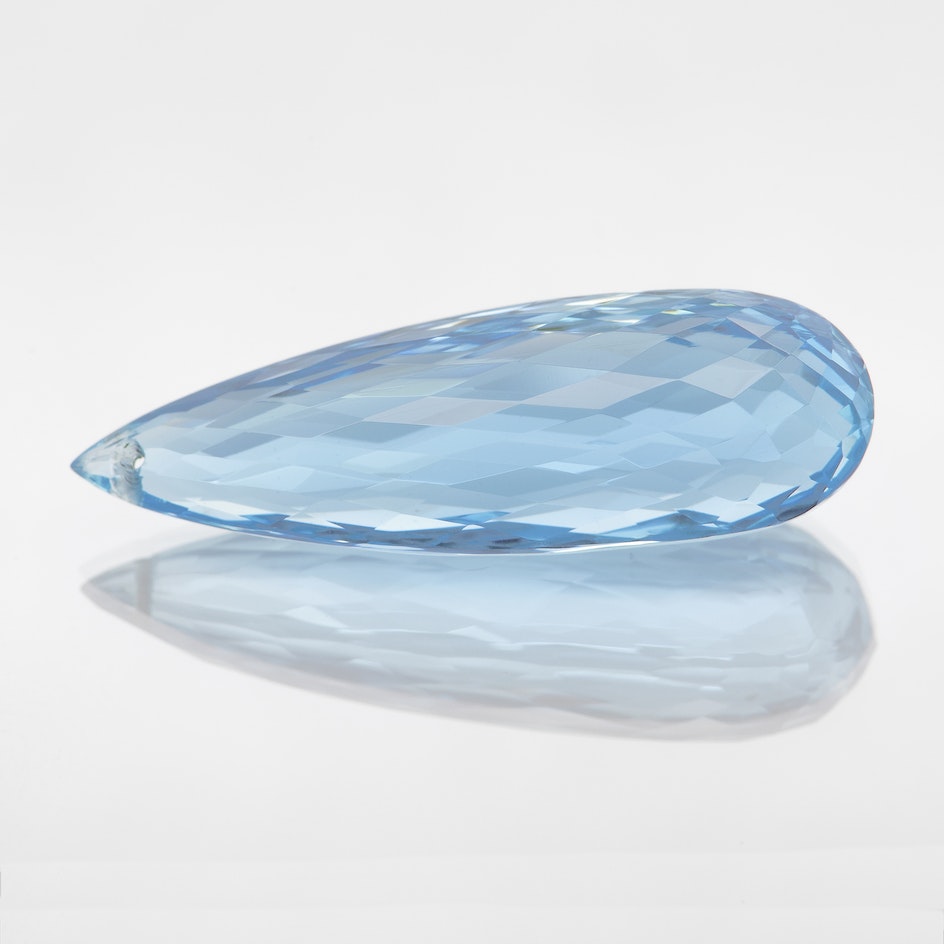 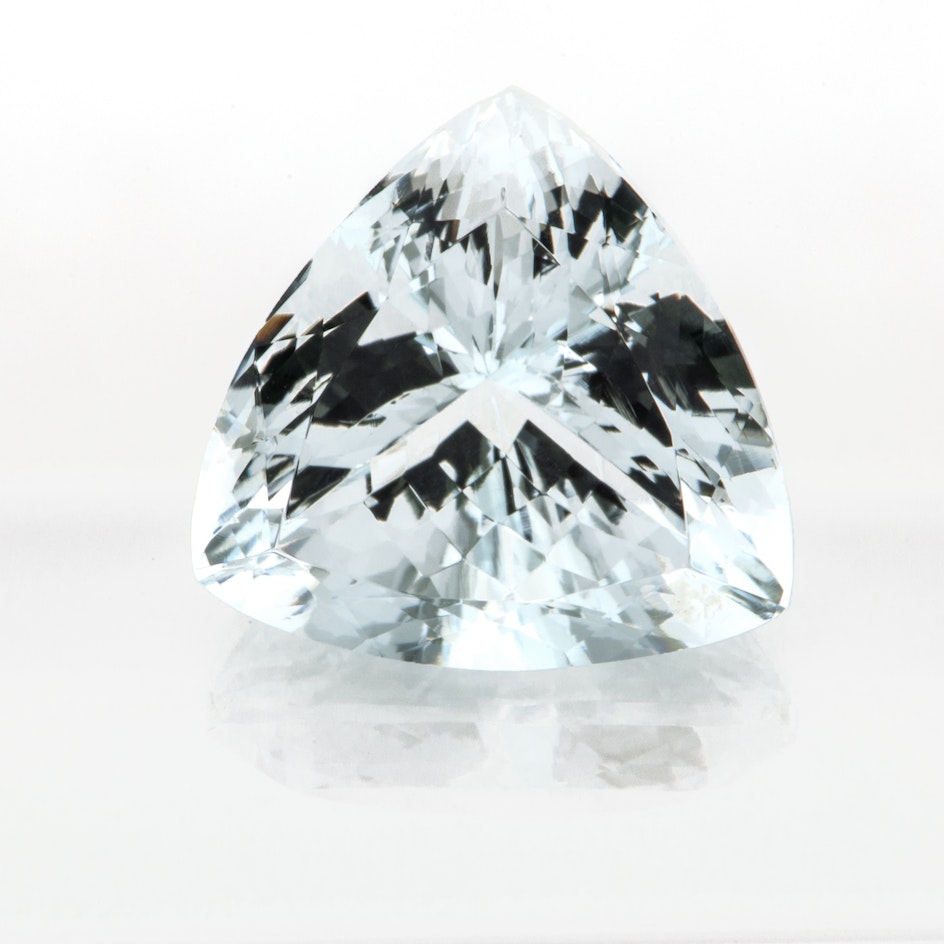 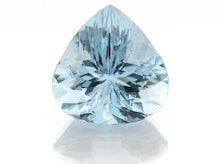 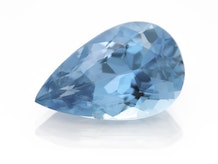 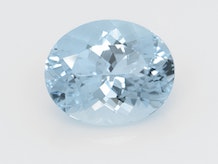 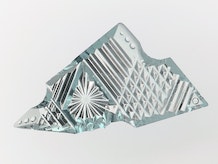 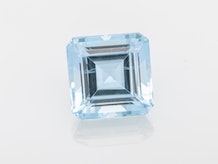 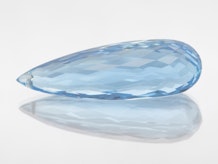 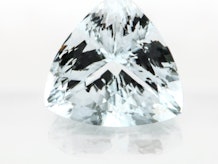 Rippling waves of the wondrous seawater slowly drift between tranquil blues and never-ending greens and since the majority of Aquamarine crystals come out of the ground a greenish-blue, their shimmering waters reflect the most peaceful tones of aquamarine, a pastel gem beloved by the world. Aquamarine's oceanic appeal exemplifies itself most as a medium-dark blue stone with moderately strong saturation. This cerulean color may choose to show itself in gems of larger proportions, while those of a lesser carat weight tend to be more subtle. Aquamarine is one of those gemstones where the size of the gemstone affects the intensity of the color, so very fine intense colors in small sizes always fetch a premium.

Aquamarine is the blue to green-blue variety of the gemstone and mineral beryl (Be3Al2SiO6). A small tracing of iron in its crystalline structure allows this allochromatic gem to show its roster of arctic hues. Aquamarine is sourced primarily from mines of pegmatite formations, where underground cavities provide consistent growth conditions that allow large crystals to form. The resulting gems can be of grand scale, the heaviest on record weighing in at 244 pounds. Cutting must be aligned with intention, as aquamarine asserts its pleochroism and shows its best color from one direction.

Aquamarine's lore goes beyond recorded history. It was first penned as aquamarine by Anselmus de Boodt, a gemologist of his time, in 1609. Reportedly, the name was pulled from the Latin translation for seawater. Before that age, it was often tied into myths of protective power over the human calamity and of increased spiritual being. Today's most significant source of aquamarine comes from Brazil, where it's been extracted by locals since the early 1800s. Mozambique currently plays an important role as a source of aquamarine, and Zambia, Nigeria, Australia, Madagascar, Pakistan, and occasionally the United States assist with smaller supplies of the powdery blue gem.

Marking itself between the range of 7.5 – 8.0 on the Mohs scale of mineral hardness, aquamarine is prime for use in jewelry not worn heavily. It's the official birthstone for March babies and provides a near-perfect talisman for Scorpios under the Zodiac. Often expected to show a purely blue color, any naturally green tinges can be removed with the application of heat treatment. Nearly all Aquamarine is routinely heated to drive ou the yellow, and therefore the green, making the more green tiny=ted Aquamarine hard to come by.