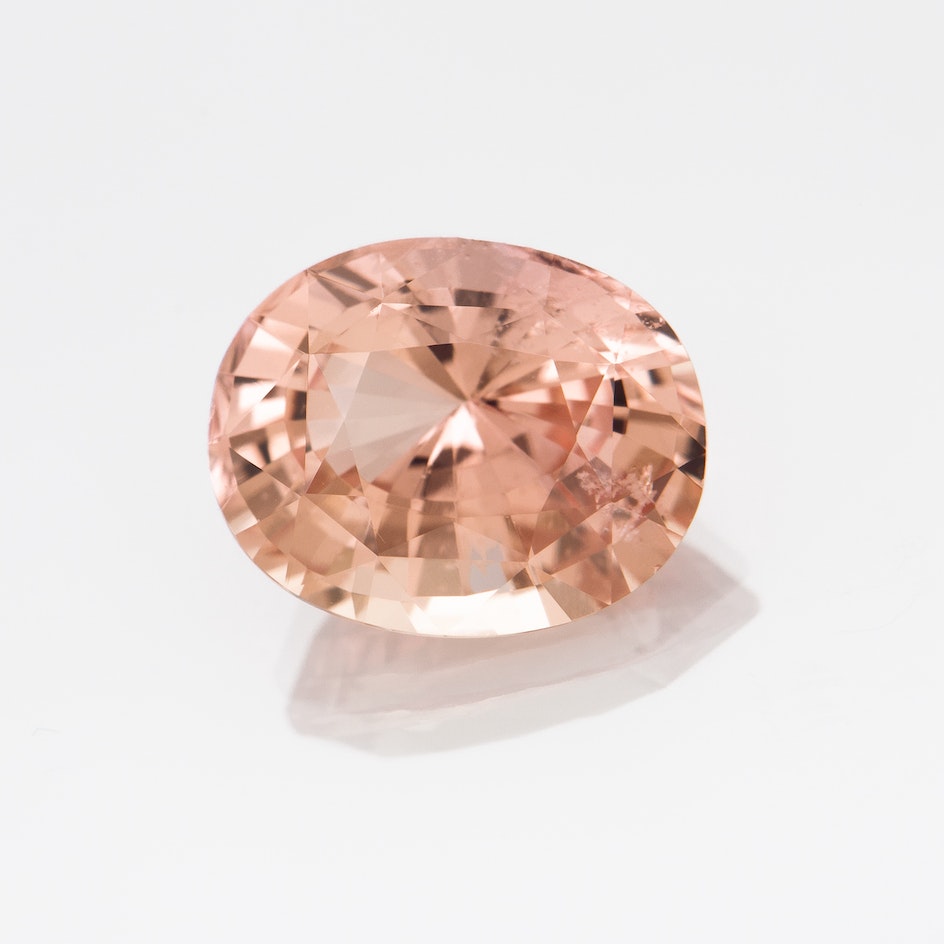 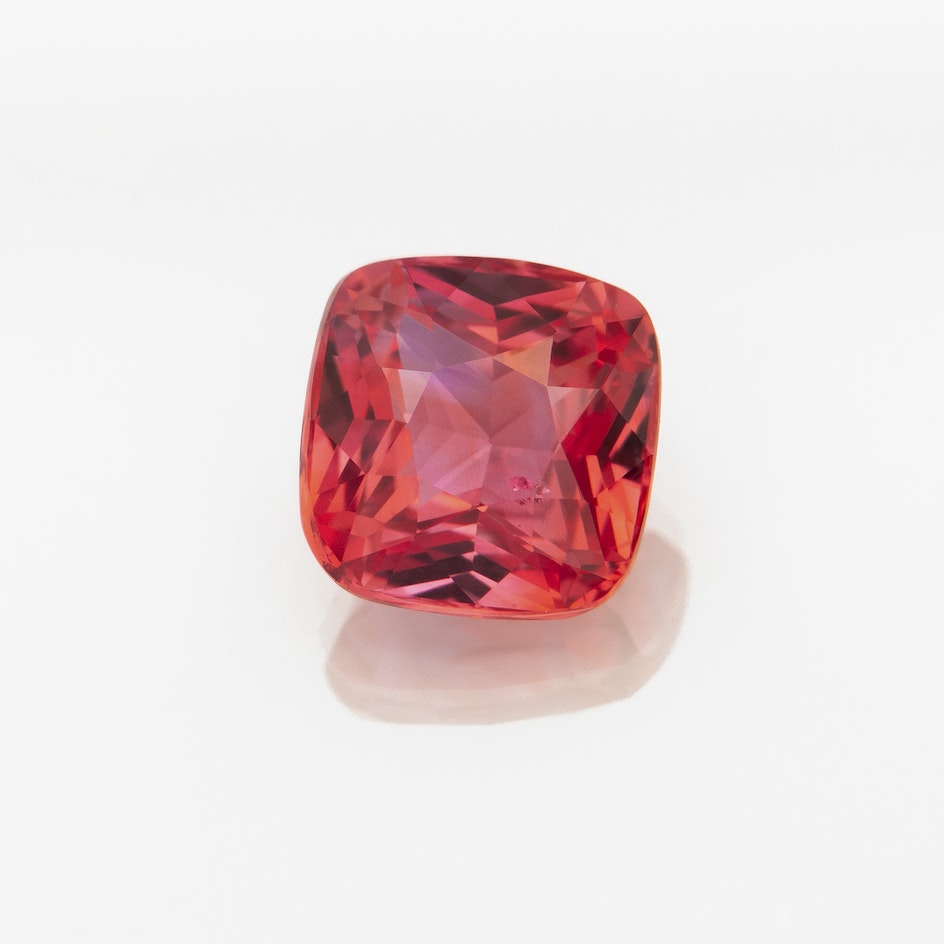 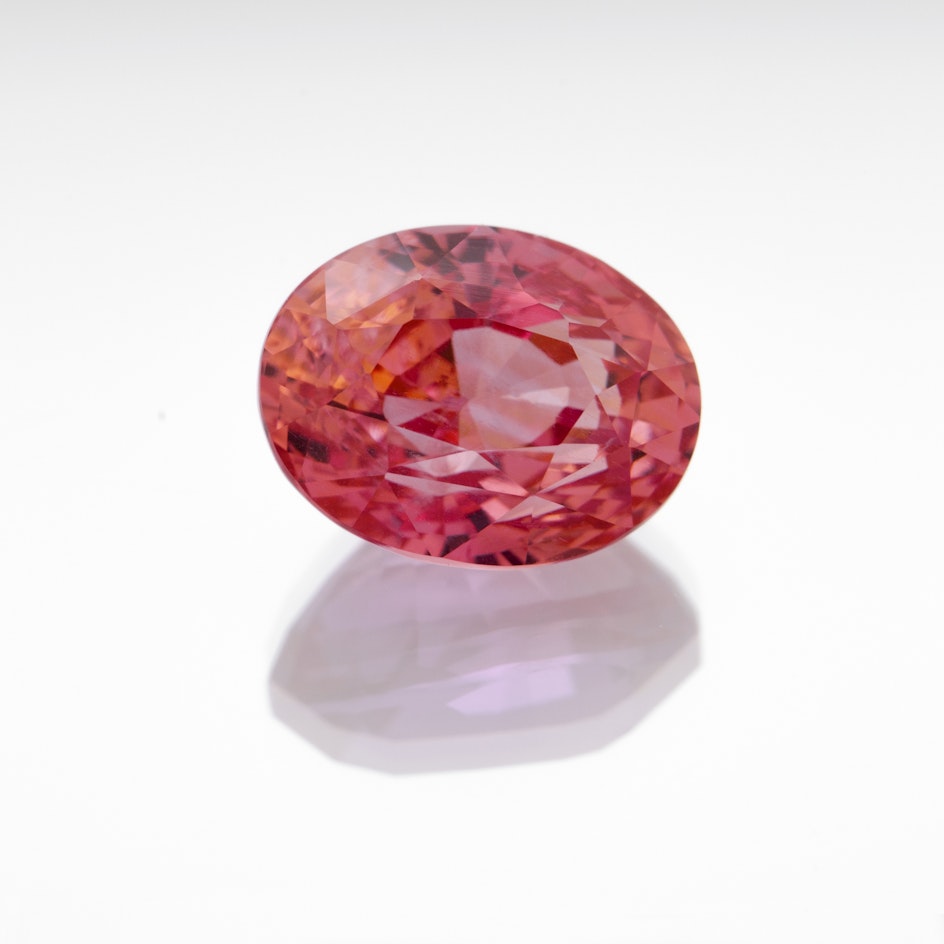 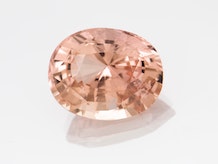 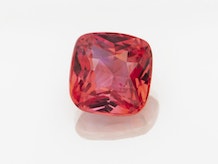 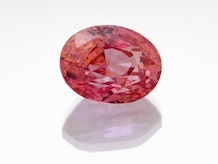 The lotus flower has long been a symbol of enlightenment and of a spiritual beauty that quells the uneasy mind. Its delicate petals hold fiery combinations of color that very well could have been plucked straight from a summer's sunset. Padparadscha sapphires share this sherbet complexion and were aptly named after the Sinhalese word “padmaragaya”, which translates to “lotus color”. And yet, to see a lotus flower at its best would never be akin to the experience of gazing upon a padparadscha sapphire, sparkling as if its hues were watercolors trapped beneath glass.

Though its exact color definition is argued often, it's been agreed upon that padparadscha sapphire's best showings display light to medium tones of orange-pink to pinkish-orange hues. Its moniker may only be applied to a stone that displays a relatively balanced mix of the two separate colors. A variety of the gemstone and mineral corundum, padparadscha is an aluminum oxide (Al2O3) that sometimes owes its color to trace elements of iron and chromium. In certain applications, color centers and clever cutting orientation can create a padparadscha call. By either creation, true padparadscha sapphire is the rarest of the fancy colors in the corundum family.

The original padparadscha sapphire on record hailed from Sri Lanka and some of history's finest examples of the stone have come from there. Purists believe that only stones from Sri Lanka can hold the name of padparadscha and the notion puts a premium on this gem’s price per carat. However, padparadscha sapphires of equal or exceeding beauty that fall within the color definitions have been sourced from Madagascar, Tanzania, and Vietnam. Due to padparadscha sapphire's sincere scarcity, color is used as the ultimate judge of value, though the emphasis of rarity is placed upon those with beautiful color, few inclusions, and proportional cut in combination.

African stones are often characterized by a stronger orange color with a hint of brown and are generally more intense than the stones from Sri Lanka. We have seen the definition of padparadscha change with time and so we attempt to classify a padparadscha as falling within a range of at least 30% to 70% color mix between orange and pink., with a 50/50% combination as the ideal.

A 9.0 on the Mohs scale of mineral hardness makes padparadscha sapphire a desirable gem to wear in jewelry. Sapphire is tied to those born in September and lucky to Pisces, Taurus, Gemini, and Sagittarius under the Zodiac. Wearing padparadscha is said to bring a new level of awareness and help lead to inner peace. A global craving for padparadscha-toned goods has put pressure on a market with low supply, so treating padparadschas sapphires with heat to improve their color has become common. However, sapphire that undergoes beryllium diffusion treatments to mimic the salmon and apricot tones of padparadscha will never receive a true “padparadscha” classification from gemological laboratories, due to the coloring agent having been added to the stone unnaturally. Often dubbed the Queen of sapphires it remains the rarest and most prized color of the amazing corundum family.