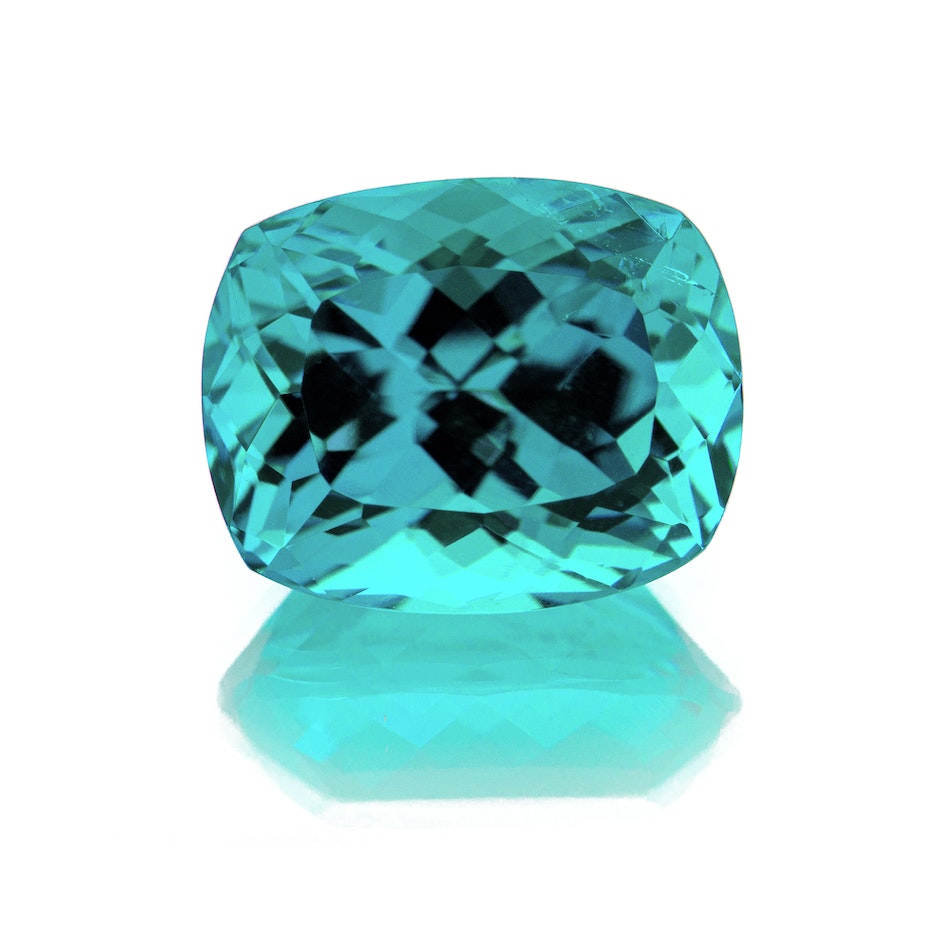 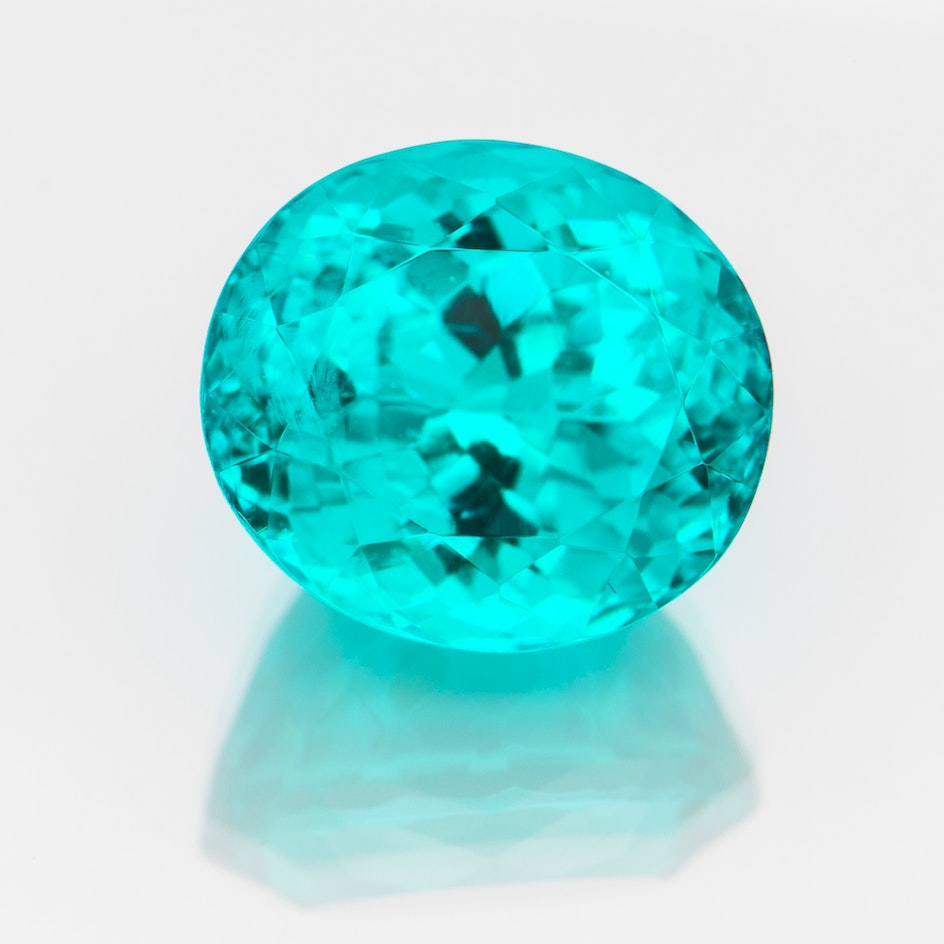 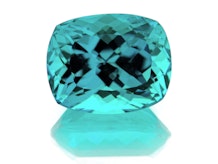 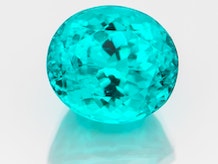 Paraiba – The word rolls off the tongue with enough exotic air to leave you filled with intrigue when first told about a rare, seemingly electrified gemstone bearing that name. Paraiba tourmaline, only recently discovered in 1989, is a gemstone as otherworldly and alien as any connoisseur might dream up. With saturation that dares to break the boundaries of intensity and vividness, Paraiba tourmaline's blues, greens, and violets can appear to glow with a neon-like quality. An encounter that none would be soon to forget, coming eye to eye with a true Paraiba tourmaline is a pleasure few are able to say they have experienced.

Paraiba tourmaline is an elbaite mineral and gemstone variety within the tourmaline group. Its chemical composition ((Ca, K, Na,[]) (Al, Fe, Li, Mg, Mn)3 (Al, Cr, Fe, V)6 (BO3)3 (Si, Al, B)6O18 (OH, F)4) is a complex assortment that gives thanks for its striking color to abundant amounts of manganese and copper. Copper is the key to the strange vivacity of Paraiba tourmaline's colors, as it is an element very seldom found within tourmaline. Without copper present, the label of “Paraiba” cannot be applied to a stone. From pure blues to deep violets, shades of green, and every cool hue in between, Paraiba tourmaline's colors challenge traditional gems for the call of finest in the eyes of man.

Paraiba tourmaline was first discovered in the Paraiba state of northeastern Brazil. The Discovery of the dreamy stones is attributed to Heitor Dimas Barbosa, a man who recognized the preciousness of a few screaming, blue specks inside an ore sample and spent nearly a decade pursuing the unearthing of more. Due to the Brazilian location's quick exhaustion and fabled rarity, Paraiba tourmaline proven with quantitative chemical analysis to have originated from the Paraiba State of Brazil demands one of the world's most agreed-upon premiums. The deposit originally produced “Windex” blue, “Scope” green, “Tanzanite” purple, and many colors in between.

Paraiba tourmaline ranks a 7.0 – 7.5 on the Mohs scale of mineral hardness, making it a lovely gem for use in jewelry. Hand in hand with opal, tourmaline is the birthstone of October babies and is a lucky gem for the Leos in the Zodiac. A stone whose vividness marks the greatest gemstone discovery of our time, its color saturation outranks all other grading factors. As such, Paraiba tourmaline is commonly treated with heat to lighten tones and increase brightness. A stone that has quickly earned its place within the selections of nobility, designers, and collectors alike, Paraiba tourmaline is considered to be one of Earth's most sincerely scarce gemstones.