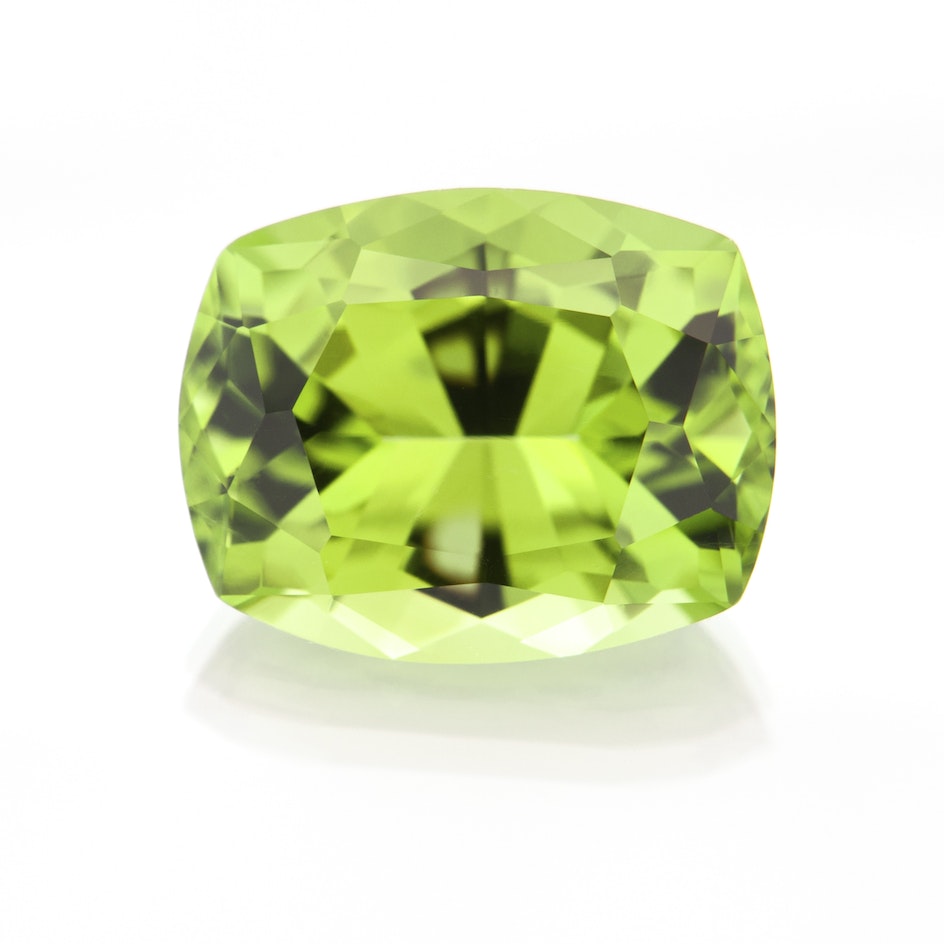 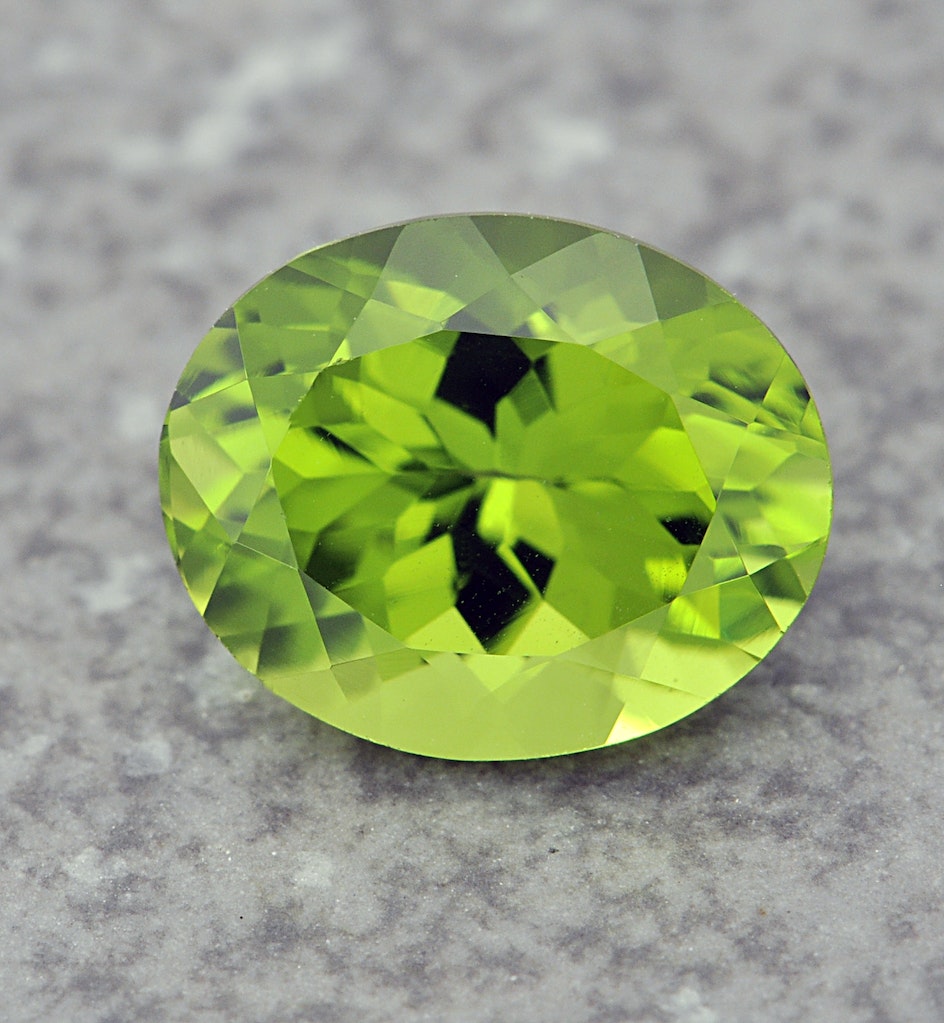 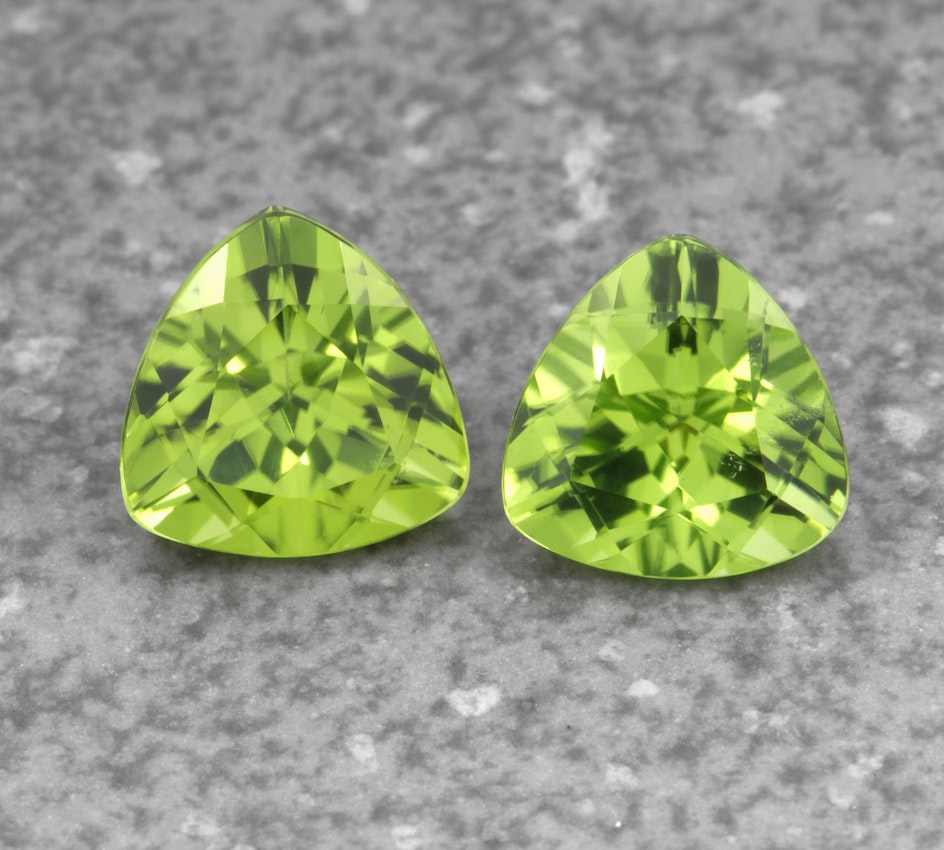 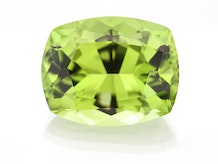 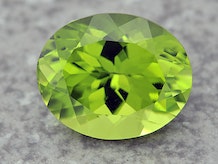 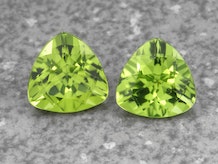 After months of winter, the excitement of spring is a bounty for the eyes as sparks of bright green shoots contrast against the darker shades of winter. In ancient times, Egyptians referred to peridot as the “gem of the sun”. Its body color can range from greenish-yellow, yellowish-green, to pure green. While each hue is beautiful in its own right, desire is placed upon peridot with the slightest of blue hue to the green color, void of yellow or brown. The finest examples display a medium tone with high saturation.

Peridot's green is connected with its magnesium-rich chemical formula (Mg2SiO4) and its iron content. The more iron that is present causes the depth of green to give way to yellow. Peridot's natural color properties leave it as one of the few gemstones that are rarely treated by man. Typically forming deep within the earth, peridot rises to the surface by means of lava or kimberlite pipes. Due to this dramatic and violent process, most peridot contains inclusions, and those without are prized. Peridot is the only known gemstone to have examples that joined us from the far reaches of space, descending from the skies embedded within extraterrestrial meteorites.

Peridot can be located around the world, but throughout history, one source was pegged as great. The Topazos Island (Zabargad/St. John's Island) off the coast of Cleopatra's Egypt was mined for its peridot bounty for over 3500 years until production stopped during the mid-1900s. Now, commercial mining is found in a mélange of counties, including the United States, China, Pakistan, Australia, Sri Lanka, and Myanmar (Burma). The majority of history's finest green, gem-quality peridots have hailed from Myanmar (Burma) and, most recently, the high reaches of the Himalayas in Pakistan. The material from Burma is generally less crystal than the material from Pakistan, but large sizes can be found in both locations.

At 6.5 on the Mohs scale of mineral hardness, Peridot is at a mid-point for softness. While the gems retain their beauty and longevity while set into earrings or pendants, their softness makes them unwise choices for rings or bracelets meant for daily wear. Those who were born in August claim peridot as their month's birthstone, while it is associated with those under the Zodiac sign of Libra. The name peridot is of uncertain origin, though it's been said that it either sprung from French or Arabic terminologies. Cultures have pinpointed peridot as a stone with great power against bad dreams, an aid to friendship, and a strong tool in a fight with depression.